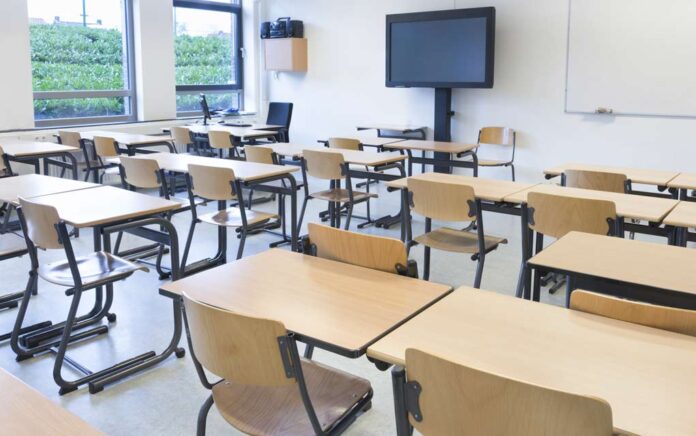 At least one city in California has finally had enough and is in the process of suing its school district, trying to get them to reinstate school to allow for children to learn in school, the way they have for over a century.

According to a report in The Daily Wire, the lawsuit is supported by the San Francisco mayor and accuses the San Francisco Unified School District of violating state law by not putting together  a plan to allow students to return to in-person learning “whenever possible.”

“Private and parochial schools in San Francisco have figured it out,” said City Attorney Dennis Herrera in a statement Wednesday. “In-person instruction needs to be the Board of Education’s singular focus — not renaming schools that are empty, or changing admission policies when teachers aren’t in classrooms. It’s unfortunate we have to take them to court to get it figured out, but enough is enough.”

While school officials would not be alone if they were only sporting a healthy fear of the COVID-19 virus, part of the complaint seems to be that the school board is doing business, just not the business of teaching children.

According to the Wire’s report, while children have been out of the classroom for in-person learning (at a time when the board seems as if it would have its hands full with dealing with COVID-related issues) the board has voted to rename 44 schools, including those named after Dianne Feinstein, George Washington, and Abraham Lincoln.

“The school board is also considering scrapping the admissions process at Lowell High School, a prestigious public high school, in favor of a lottery-based admissions process, according to NBC News. That vote is still pending,” the Wire reported.

But what can city officials do about it? Won’t the school just claim to be working on COVID issues and continue to drag their feet, if they consider social justice issues like the names of schools to be more important than education? According to the local reports, the city wants to force the district to develop a reopening plan with an injunction.

“Unfortunately, the leadership of the school district and the educators’ union can’t seem to get their act together,” said Herrera, reports SFGate. “The Board of Education and the school district have had more than 10 months to roll out a concrete plan to get these kids back in school. So far they have earned an F. Having a plan to make a plan doesn’t cut it.”

The school, not to be outmaneuvered, is now claiming that the suit is out of proportion to the issue at hand, and will do little more than gum up the beautifully working board and their pursuit of excellence in educating the nation’s youth (or words to that effect).

School Board President Gabriela López responded to the suit saying it will “most likely slow us down,” according to the Chronicle. Superintendent Vincent Matthews said the school district “absolutely” has a plan (though he did not offer to show the plan around, or even proof that it existed), claiming that they were only working on “reassessing” different parts of it.

“This isn’t helpful when we’re all in this together,” said Matthews. “To turn on those of us trying to solve this is not helpful whatsoever.”

Even San Francisco’s Mayor London Breed, who is notoriously liberal and in sync with most of what liberal California politics stand for said that while the lawsuit was not the preferred method to deal with city issues like the ones they faced, “nothing matters more right now than getting our kids back to school.”