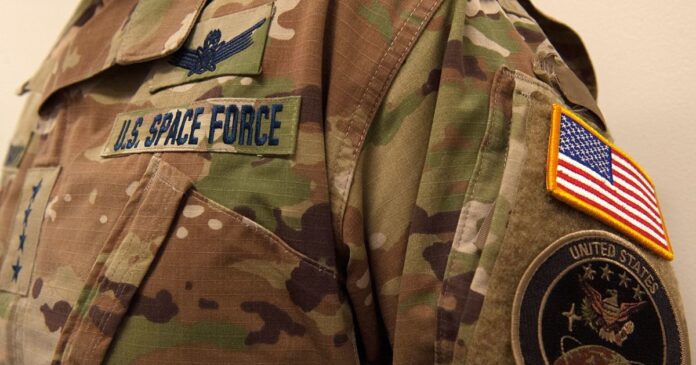 Space Force is staying. Well, it was always staying because the funding was secured in a previous administration. Not to mention the fact that the department has already established itself and proven its worth.

The only thing that’s really official is that Biden now recognizes that it’s staying. He’s been so quick to erase everything associated with Donald Trump. Although Trump made Space Force happen, Biden has chosen to “fully support” it.

This is all amidst Jen Psaki, the White House correspondent, poking fun at the entire military branch.

When a reporter asked about whether Biden would be keeping the scope of Space Force, Psaki responded with a sarcastic, “Wow, Space Force. It’s the plane of today.” What is that even supposed to mean? She just insulted an entire branch of the military – a branch that has proven its worth by preventing the deaths of thousands because of their detection of an airstrike in Iraq.

Clearly, Jen Psaki knows none of these things. After her sarcastic comment, she said she’d talk to the Space Force point of contact…once she figured out who that was.

The U.S. Space Force is able to identify itself as its own branch, though it’s actually a sub-branch within the Air Force.

Biden has decided to fully support the decision even though it was a pet project of Donald Trump. Perhaps it’s Joe’s way of allowing Trump to have one thing that is credited to his presidency.

Space Force was created through bipartisan support. Both Republicans and Democrats alike have seen the benefit of a separate service for space. Bipartisan support is the important thing to remember here – something that Biden forgets when he likes to sign executive orders at random without garnering support from either the House or the Senate.

Once the White House confirmed that Space Force wasn’t going anywhere, Mike Rogers, the House Armed Services Committee ranking member demanded an apology from Psaki. Her disrespect was clear, and it ruffled a lot of feathers.

She tweeted later that the White House looks forward to continuing the work of Space Force and “invite the members of the team” to come to visit the briefing room any time.

We look forward to the continuing work of Space Force and invite the members of the team to come visit us in the briefing room anytime to share an update on their important work.

What? Does she even know what the hell she is talking about? Exactly who would be the members of the team? Is she not aware that there are already 4,000 Guardians in the U.S. Space Force? Does that mean any of them has an open invitation to sit in the briefing room?

Psaki goes on to tweet that they can share an update on “their important work.” Oh, the space-based infrared system that’s used to detect missile attacks? Shouldn’t the White House press secretary know some of the basics as to what the departments of the military are responsible for?

Now, it would be great if Biden could set up a meeting between Jen Psaki and General John Raymond. Raymond would be the Chief of Space Operations. It’s only inevitable that Psaki will be asked about Space Force in the future – and the General should be able to give her an update on some of the “important work” that they’re doing.

Hopefully, Biden recognizes that Space Force isn’t the “plane of today.” Hopefully, the president isn’t as dumb as the press secretary that he appointed.

In the meantime, we can all rejoice that the guardians of Space Force are here to stay. Whew! That was a close one. Had Biden decided to executive order it out of existence, it would have wasted millions of dollars. Rather, more millions of dollars than he’s already wasted in the few weeks he’s gotten to call himself Mr. President.