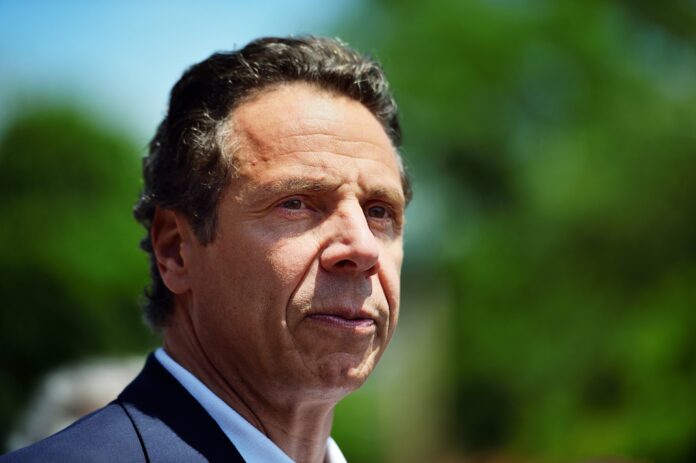 The Cuomo family has been taking an absolute beating in the media as of late. We are trying our best not to laugh at their expense but it is so hard. It’s also tough not to notice the media shift that has taken place now that Joe Biden is at the head of the Democratic table. Governor Cuomo enjoyed a year in the spotlight but it would appear that the joyride is over.

Cuomo made the outbreak so much worse with his ridiculous demands and management decisions. He won the day with the mainstream media because his rants seemed so much less unhinged than the daily Trump dispatch. It’s funny how Trump-ish Cuomo seems once he is no longer being contrasted with the orange man himself.

Chris Cuomo’s network may have done their best to support him at first but the gloves are off now. It’s high time that people started to tell the truth about Governor Cuomo’s terrible response to the COVID-19 outbreak. Bill de Blasio, who isn’t someone who we would praise under most circumstances, managed to grasp the severity of the crisis more than Cuomo.

The pandemic has shown everyone just how weak and ineffectual he is but that hasn’t stopped Cuomo from singing his own praises. Jake Tapper and Sanjay Gupta shared a clip recently that was pretty damaging to Cuomo, which shows that the tides are starting to change. The funniest part of all? The quote that they used came from Cuomo’s own mouth!

If you give that man enough rope, he is going to hang himself eventually. This is the same governor who has already written a book to pat himself on the back for the awesome job that he has done. Now that Biden is in power, the tables have turned and no one is willing to listen to his nonsense any longer. The state attorney general of New York is a staunch Democrat and she is taking Cuomo to task.

The rash of nursing home deaths was avoidable but Cuomo didn’t want to hear that at the time. In his mind, these deaths are no one’s fault, despite the fact that his policies caused them. The press has been trying their best to tell the world about his terrible leadership and there were lots of damning pieces being published last year.

The disconnect persisted for this long because liberals have been too scared to speak openly about Cuomo’s awfulness. Biden is not going to be much better but if he lifts the veil and gets the left to admit how bad Cuomo has been, he might be a net positive. When Trump did not trust the experts, he was treated as public enemy number one.

Cuomo says it and people act genuinely surprised that he would do such a thing. It’s funny to witness but infuriating to contemplate for any significant period of time. There is one aspect of this whole saga that is also pretty hilarious. New York is actually doing a good job of getting its citizens vaccinated at the moment.

The liberals waited until things started to improve before they began to complain. “The media cult of Cuomo was always absurd, he did a terrible job with Covid in the early days, but on the evidence of New York’s improved vaccine performance it seems like in his latest war against the experts he’s probably … right?” Ross Douthat tweeted.

The state is starting to right the ship but the damage has already been done. This is Team Cuomo’s chance to pivot. They can tell people that they need to leave him alone because things are starting to go well. The press loves to carry the water for him and they are going to remain loyal to him, even in the face of growing opposition. We can’t wait to see how they manage to spin his distaste for expert advice as a positive.