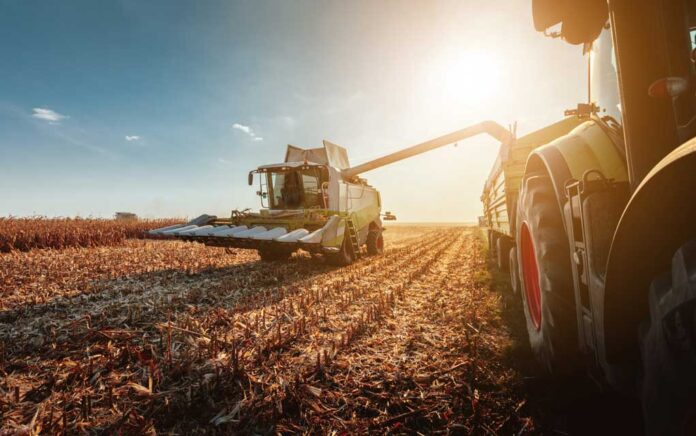 For a country that acknowledges how bad China is and how we are not allies with them, we are constantly doing deals with them. Now, we’ve learned that U.S. farmland is being sold to China.

Why in the world would we sell our farmland to Communist China? And, exactly how much land are we talking about?

Well, let’s start off by saying that this isn’t a new development. It’s just beginning to be discussed. US News & World Report identified in 2019 that there were nearly 30 million acres of farmland in the U.S. owned by foreign countries. What’s worse is that this number has tripled in the past 21 years.

Who should be most concerned by the foreign involvement of U.S. farmland? That would be the small and medium-sized farms – the ones that always seem to experience the brunt of bad decisions by the federal government.

One of the foreign countries responsible for buying up U.S. farmland is China. And, they’re doing so at a relatively rapid pace.

For the past decade, our Communist enemy from across the sea is expanding its presence in American agriculture. Not only are they buying farmland but they’re also purchasing a number of agriculture-based businesses, such as Smithfield Foods.

At the beginning of 202, Chinese owners had control of over 190,000 acres of U.S. farmland, adding up to approximately $1.9 billion. This land is used for ranching, farming, and forestry.

Deborah J. Comstock, a farmer, wrote an op-ed for the Ionia Sentinel-Standard in 2020 to say that “The goal of China’s Communist Party authorities suggest specific strategies to invest in agriculture overseas and to gain greater control over oilseed and grain products, to create policies to support facilities, equipment, and inputs for agricultural production, and to create large multinational grain-trading conglomerates.”

This alone should be a terrifying idea. After all, we’re actually helping the Community Party to create grain-trading conglomerates that they can use against us. However, Comstock goes on to highlight a particularly troubling issue. The revenues are not even passing through the American commodities markets. Instead, they’re flowing through the foreign distribution channels right into the pockets of the Chinese government.

Why are we selling land to China? Why are we helping them to put small and medium-sized farmers out of business and line the pockets of the Chinese government?

Now, when it comes to looking at how the farmland is divided up, we have approximately 900 million acres across the United States. According to the Midwest Center for Investigative Reporting Tool, Canada is the foreign entity that owns the most at 6.87 acres.

There has been bipartisan pressure in Congress to put a stop to it. After all, we can’t allow foreign nationals to not only snatch up American farms but also receive taxpayer subsidies on that land.

Former Vice President Mike Pence has already talked about the issue, explaining that “America cannot allow China to control our food supply.” He went on to urge both President Bide and Congress to end farm subsidies for land that is owned by foreign nationals.

Why is it that protecting U.S. farmland from China and other foreign nationals aren’t at the top of the to-do list for Congress? Oh, right. Congress is run by Democrats who still think that we can become friends with China so that they can show us the best way to be controlling commies like they are.