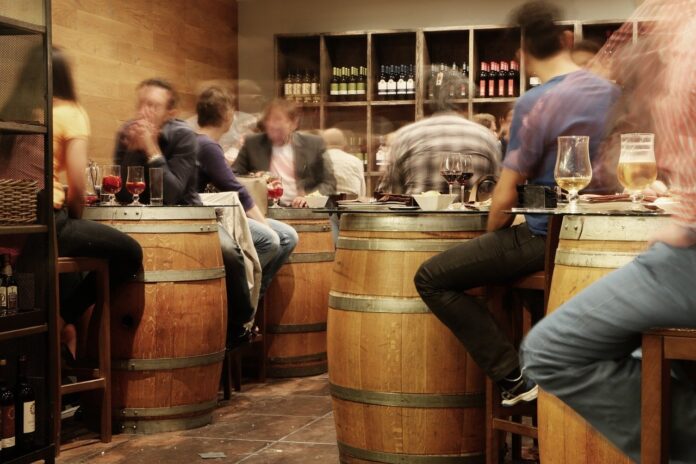 Los Angeles leaders seem to be in the middle of a very long and elaborate con job. Their residents have to feel like they are being trolled at this point. Our hearts go out to them and we mean that in the most sincere way possible. A judge decided that outdoor dining could not be banned because such a decision is arbitrary and capricious.

Now, the governor has decided that the ban needs to be lifted. Los Angeles County wants in and they are going to allow outdoor dining to resume. As with everything else in this crazy state, there is a catch. The executive order allows restaurants to seat diners outside but there cannot be any television screens that remain visible to the customer.

What is the reason for this catch? No one can say. It’s yet another one of the bizarre rules that California has instated, in an effort to jump-start its economy. They are not going to offer a full-fledged explanation but we would be willing to take a guess or two. The Free Beacon has more on the topic.

“Los Angeles County allowed restaurants to reopen for outdoor dining Friday but forbid any from turning on their televisions.

“Televisions or any other screens that are used to broadcast programming must be removed from the area or turned off,” the order published Thursday night states. “This provision is effective until further notice.” The L.A. County Department of Public Health did not give a reason for the television ban nor did it respond to a request for information or comment on it,” their report reads.

We could get very sarcastic here but we don’t want to do that. California Democrats are a silly group by nature so we know it can’t be as simple as it may seem. It does not take much thinking to come up with the real reason for this. This ban is targeting those who would like to get together in groups to watch the Super Bowl.

If there are big-screen televisions on hand, people are going to linger and congregate. Our suspicions have been more or less confirmed by county supervisor Hilda Solis. She is telling people to resist the urge and she wants them to stay safe. This is where we ask the very obvious question: why wouldn’t you simply ban televisions on this day and this day only?

To be fair, this is Los Angeles that we are talking about. The Lakers and Clippers are both looking like legitimate title contenders. Perhaps they are worried about basketball fans who are going to start crowding these establishments? Either way, we do not understand their logic. It’s not like they could be worried about a lawsuit from the NFL.

Commissioner Roger Goodell is simply not that crazy. Los Angeles could also emulate the Baltimore plan. They are kicking their diners out of the restaurants after an hour, to keep people from overstaying their welcome. No one even knows what type of effect this is going to have on the restaurant industry.

How can an establishment turn a profit when they are unable to fill the restaurant? It’s unclear to us how this is going to help them anyway. If anything, they are risking the spread of the virus and it won’t be long before they have to shut down again. These people are also not likely to listen to the mask mandates and that’s going to be a big problem as well.

Los Angeles does not care if they are doing anything to fix the problems. They only want to make it look like they care and that should be obvious the most. The only people who are fooled are the city leaders who are in the process of pulling the wool over their own eyes. As long as some of the Democrat voters are successfully hoodwinked, that’s all that matters to them.