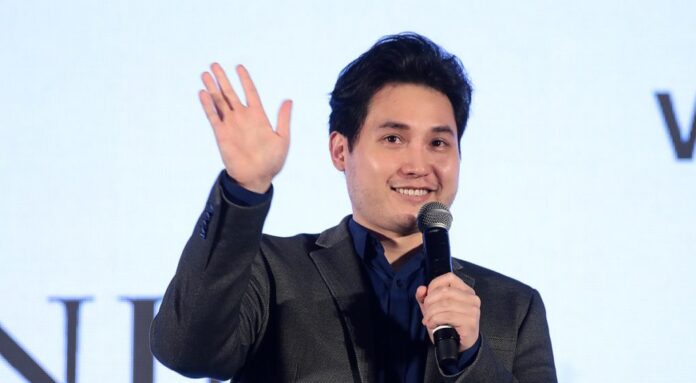 Andy Ngo is a journalist for the “Portland State Vanguard.” As all dedicated reporters do, Ngo rushed to the scene in 2019 when violent protests erupted in Portland. But he got way more of a scoop than what he had hoped for.

With blood pooling in his brain and pouring from his inner ear, Ngo was rushed to the E.R. His head had been slammed to the concrete when he was ruthlessly attacked and beaten by members of the left-wing anti-fascist group, Antifa.

Ngo found it ironic how when the beating took place, the glazed-eyed Antifa members were chanting, “no hate, no fear.” They sounded like they were programmed as they kept repeating the phrase, almost in unison. Without question, the attack had been painful, but also kind of eerie.

A native of Portland, Ngo was already aware of how the radical groups’ foundation had been built on disruption, chaos, and violence, so as a graduate student at Portland State, he signed on to write for the school’s newspaper.

Knowing what he already knew about Antifa, and having an interest in what made them tick, he made the choice to pursue what he referred to as the “dissident beat.” His colleagues at the paper, being of the liberal persuasion, weren’t fond of his idea, but he nonetheless self-assigned his own task and did it anyway.

In a recent interview, Ngo said, “Colleagues were never fond of the stories I was interested in telling, (But) I continued on that path of always being on the dissident beat, covering Antifa, and stuck with it. The gap between local and national press on reporting was so wide, that I had to step in and do it.”

The results of Ngo’s findings have been published in his new book entitled, “Unmasked: Inside Antifa’s Radical Plan to Destroy Democracy.” And he didn’t hold back. Somebody had to tell the truth and it was going to be him. In the words of Antifa, he dove in with “no fear.”

“Antifa is an ideology. It’s amorphous—that is difficult for the average person to understand,” the author said. “There’s another whole structure to Antifa that includes working in the legal, democratic system by systematically mainstreaming tenets of the ideology. The fact that they are decentralized and anonymously organized gives them deniability.”

The loosely structured band of ragtag misfits Antifa likes to portray themselves as is a clever ploy. The group is in actuality a finely-tuned underground mechanism.

Ngo blames Antifa’s growth and strength on liberal Democratic politicians refusing to acknowledge the group as a highly structured organization. Or, their deniability is a result of them not wanting the truth to be known because they are a part of it.

When New York Democratic Rep. Jerry Nadler was asked about Antifas’ ongoing violent role in the Portland riots last summer, he called it a “myth.” The Republicans made it up. It’s a fairy tale.

Of course, the biased media has reported very little concerning the threat of Antifa. The Proud Boys are a different story altogether… Not that they can’t be over the top violent as well, but it’s so much easier to spin them to the right.

Here’s the deal. Ngo said that “Nobody wants to be vocally critical of a movement claiming to be anti-fascist. Those who do, myself and other journalists included, get smeared—in my case nearly killed—so they can have control over the narrative.”

Because of their mindset, the Associated Press, along with every other liberal news outlet, refused to blame any of last summer’s violence on Antifa. In fact, they went as far as to portray the group in a positive radiant glow as carriers of the peace torch.

As an example, the “Daily Beast” ran an article claiming how business owners in Seattle were absolutely in love with the cities new six-block downtown autonomous zone. They failed to mention the reported assaults and rapes, the six people who were shot, or the two dead bodies. How very convenient.

Ngo’s book goes into much greater detail concerning Antifa’s behind the scenes activity. It lays out their highly structured vast network, and the actual behind-the-scenes figureheads involved.

It took one brave journalist with enough guts and conviction to reveal the heart of this dangerous monster called Antifa. To Andy Ngo, we say, Kudos for a job well done.