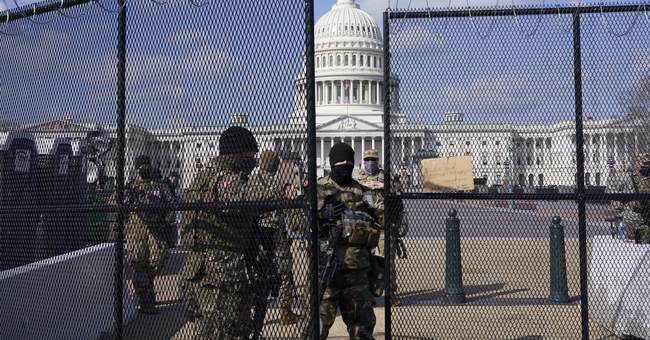 There’s a reason for the drama we saw play out at the Jan. 6 Committee hearing.

As the day showed, it isn’t about investigating or delving into truth, it’s about presenting an emotional case for demonizing President Donald Trump and 74 million-plus Trump supporters.

If that wasn’t clear enough, if you didn’t get that was the message that House Speaker Nancy Pelosi (D-CA) wants you to take away in the lead up to the 2022 midterms, then New York Times reporter Katie Benner laid it out for you clearly in a series of tweets.

Benner tweeted that the Committee hearing “underscores” the ongoing threat within the country. She said that there was a national security “dilemma” and that Trump supporters should be considered “enemies of the state.”

Benner explained, “As Americans, we believe that state power should not be used to work against a political figure or a political party. But what happens if a politician seems to threaten the state? If the politician continues to do so out of office and his entire party supports that threat?”

The Times’ DOJ reporter cast doubt that the Pelosi-appointed committee would resolve the “dilemma” since it remained “unresolved” following the Russia investigation and both impeachments of President Trump.

“That leaves it up to voters, making even more essential free, fair access to the polls,” Benner concluded.

There’s a bit of a problem when you declare all the GOP and half the country “enemies of the state.” And it’s not just that, it’s the whole package. Trump supporters are national security threats who they must “work to combat.” Yikes. But this is where folks on the left have been going, literally demonizing everyone on the other side and saying they need to be dealt with.

Democrats know that they’re in trouble, come the elections in 2022, so they’re going all-in with the Orwellian moves against the opposition now.

It got a lot of backlash on social media. So Benner deleted the tweets, saying the deleted tweets were “unclear.”

Unfortunately, the tweets were very clear, that’s indeed why she deleted them.

Rep. Jim Banks (R-IN), who Pelosi refused to have on the Jan. 6 Committee because he was asking questions about the failures of security, summed it up.