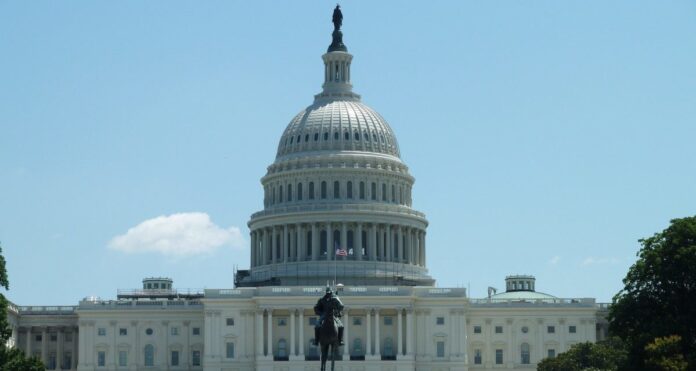 The U.S. Congress set up Washington D.C. as a territory. It’s been that way since 1790. And, since 1974, it’s been governed by a locally elected mayor and city council. Congress retains the power of veto on those elected decisions.

It’s important to understand what the territory is and isn’t to see what the Democrats are trying to do.

The area around D.C. is a highly Democratic area. They vote blue and, therefore, it would be to the advantage of the Democratic Party to turn D.C. into a state. It would give them more rights – including being able to have two more senators (two for every state) and one House representative (based on population).

Considering the margin of majority is so slim right now in both the House and Senate, turning D.C. into a state would give a considerable majority to the Democrats.

However, turning the federal territory into a state is unconstitutional.

The Democrats want to get rid of a two-party system entirely. They want to run everything like a dictatorship. Republicans would be hard-pressed to win a presidential election or win the majority of the Senate or House ever again if D.C. became a state.

That would mean that the GOP would fade away. We’re already watching a Democratic president sign excessive executive orders instead of working with Congress. What’s another power move to bring the two-party system crashing down in the United States?

GOP Representative Jim Banks of Indiana has been pushing back against the bill drafted by Democratic Senators to make Washington D.C. a state. He makes it clear that Article 1, Section 8 of the Constitution identifies that such a move would be unconstitutional. That district is reserved to be the seat of the government, not a state.

It’s clear that the Democrats are willing to play dirty in order to seize all the power and maintain it. First, they’ll pack the Supreme Court with more judges in order to have a liberal majority. Then, they’ll vote to introduce D.C. as a state. It will ensure that if any of the GOP complain that it is unconstitutional, it will hold up in the Supreme Court.

We’re facing radical behavior in Congress right now, and as Representative Banks says, “We can’t allow it to happen.” He also warns that it’s a dangerous environment where the radical left is consuming the Democratic Party and to expect “more hair-brained ideas” to appear in the future.

The reality is that there are a lot of bills being suggested in the Senate – eliminating the Byrd rule and filibusters are among them. Hopefully, they never make it out of the Senate. However, our president lacks a backbone. He’s willing to go along with all of the hair-brained ideas that are presented to him because he’s trying to win a popularity contest.

D.C. can’t be a state. If they want to add states to the U.S., let’s look at some of the other U.S. territories. After all, we want to be a country of equal opportunity, right? If D.C. is going to get statehood and, therefore, voting delegates in the House and Senate, we might as well make it happen for Guam, American Samoa, and all of the other territories.

It sounds ridiculous. Forget the 50 states. Let’s go for 54 or 56. It can’t be just D.C. simply because they know how to vote blue no matter who. The Democrats can’t continue to fight dirty and get away with it.

At some point, the hypocrisy will result in coming to blows, and they’ll be responsible for the second civil war. Instead of the north versus the south, it will be blue versus red. Since the red is where the gun owners are, it’s not hard to figure out who will win.