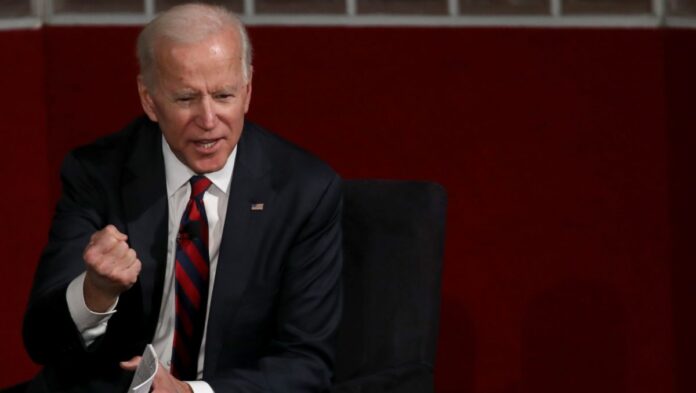 As the Washington Post has recently reported, illegal immigration at our nation’s southern border with Mexico isn’t getting any better. In March, border agents apprehended and detained a whopping 172,000 undocumented migrants, with the following month of April reporting very similar yet higher numbers. As the outlet reported, these are the highest numbers to be reported by the border in just about two decades.

And those are just the ones they caught.

Thousands more now roam our fields, streets, and communities. And as you can imagine, they have left behind some damage – enough so, in fact, that farmers in states across the US are joining together to demand help from the government who caused this mess in the first place.

According to the New York Post, farmers in Texas have been pushed to the limit, both financially and mentally, in recent months, as new property damages, stolen vehicles, and destroyed crops continue to turn up.

Fences, which can cost upwards of $4000 to replace, have been torn down. Farm trucks have been stolen and driven right through miles and miles of planted crops that can’t be replaced. And as some cattle farmers and ranchers can attest to, their herds and livestock have been damaged as well.

Take the word of Richard Guerra, whose family has been ranching for four generations in southern Texas. He’s noticed an uptick in sickness in his cattle, most of which is caused by parasites the migrants may be unknowingly bringing onto his property.

As Texas A&M University Department of Entomology confirms, fever ticks are becoming more and more common in the area. And it’s not just due to a healthy reproductive cycle. According to the schools, fever ticks can carry dangerous pathogens that typically lead to “Texas Cattle Fever,” which can be fatal in cattle. There is currently no known vaccine or medication that either cures or even prevents the disease.

The only thing farmers can do is hope to catch and kill off the ticks before their cattle are infested with them. Unfortunately, this means quarantining entire herds and thousands of acres of land just to check for the tick’s existence.

Then once they are found, the spray to kill them off, which is usually flown in and sprayed over fields and livestock by helicopters, is rather costly. And that doesn’t include the $400 an hour it may cost to pay the pilots.

Suffice it to say that farmers are beyond frustrated.

Luckily for them, large farming organizations have begun stepping up and helping out when they can.

As the Post reports, groups like the Texas Farm Bureau, which comprises over 500,00 member-families and is affiliated with the American Farm Bureau Federation, have seen a massive increase in claims as of late, all due to illegal immigration.

According to Texas Farm Bureau President Russell Boening, his farmers have seen stolen vehicles driven through crops, vandalized homes, crushed fences, and migrants left stranded by human traffickers in the middle of their properties – some of whom live hundreds of miles from the border.

And it’s not just the physical damage that’s taking its toll.

As Russell explains, many of his farmers have increased anxiety about walking through their own fields, doing cattle checks, or even going out to the barn. Who knows who could be lying in wait to steal something or even harm their family.

And Texas farmers aren’t the only ones with these problems.

It’s enough that the American Farm Bureau Federation, in addition to every state’s farm bureau, and the one in Puerto Rico, have sent a letter to Biden’s Administration in June, asking to be heard. The White House did agree to have a virtual meeting in which heads of state farm bureaus were told that their “concerns” would be taken seriously and addressed.

But over an entire month later, Boening says, “I haven’t seen that yet.” And he, like everyone else, isn’t holding his breath.

Why? Because firstly, offering aid to struggling farmers would force them to admit there is an actual crisis going on and one of their own making.

And we all know that won’t happen anytime soon.