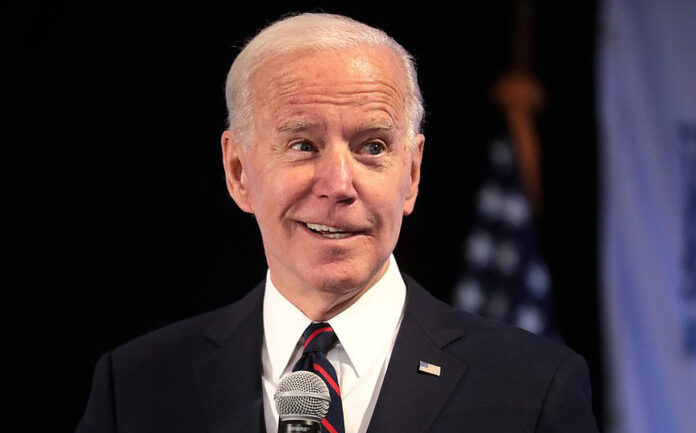 Joe Biden is venturing out on his own and leaving the Congress behind. Both groups of liberals think they are in charge, and they are unwilling to work with each other.

The Democratic Party is fractured. They try and make people think that they are united, but they are a divided house. And they will not stand together when the time comes in 2022 to defend their seats. They are going to find out that their house of cards will come crashing down.

Biden’s latest independent move is trying to broker a deal with Russia into bullying Ukraine into allowing Russia to finish its pipeline. The crazy old man is willing to help an enemy with their energy needs but is not about to empower his own country to do the same. He is putting America last and the Russians first.

Congress is oblivious to Biden’s deal. One report noted that “The Biden administration will set aside Washington’s longstanding opposition to the pipeline, Nord Stream 2, in a reversal of U.S. policy, ending years of speculation over the fate of the project, which has come to dominate European energy-sector forecasts. Germany under the agreement will agree to assist Ukraine in energy-related projects and diplomacy.”

Biden has enlisted the help of Germany to oversee the cooperation of Ukraine, so they are not able to back out of the deal or try and manipulate it in any way. Germany will be the tattletale that will blow the whistle if they try anything.

Biden has also instructed Ukraine to keep their mouths shut during the operation of his plan. He does not want them spilling any information to the public about what is taking place behind the scenes.

The only information being released states that “The U.S. officials have indicated that going public with opposition to the forthcoming agreement could damage the Washington-Kyiv bilateral relationship, those sources said. The officials have also urged the Ukrainians not to discuss the U.S. and Germany’s potential plans with Congress. A senior administration official disputed this reporting, noting that the situation is more nuanced than that, but declined to share further details on U.S. officials’ talks with their Ukrainian counterparts. …”

Congress hates how Biden is off roaming independently, but they are doing the same to him. They keep pushing silly bills that Biden is unaware of and cannot give clear answers about what kind of information is in them. All he can do is stutter around while trying to act intelligently about things that do not make sense to him.

The president and Congress are not in agreement with how to deal with Eastern Europe. Biden has his philosophy, and Congress has its own. Neither of them talks to one another, so they continue to live divided lives.

The decision by Biden to go out on a limb by himself should be drawing media criticism. But so far, nothing has been stated over the traitorous move. Russia is the one pulling strings on this project, and Biden is the point man.

If Donald Trump had tried such a move, Congress and the media would have pulled their guns out and warned him to stop. But Biden is the baby that must be handled with glass gloves because he is a frail old man.

Ted Cruz noted and warned that “President Biden is defying U.S. law and has utterly surrendered to Putin. Decades from now, Russian dictators will still be reaping billions from Biden’s gift, and Europe will still be subject to Russian energy blackmail. We always knew Biden was in bed with Putin, now they’re spooning.”

Joe Biden’s plan is just one step in a long line of moves to bring America to its knees. He cannot admit that he hates the country, or he would be forced out as president. So, he must operate in secrecy and hope that no one finds out that he is working for the Russians as a spy. America is not safe in the hands of Biden. The Democrats are the villains trying to act like heroes defending America.