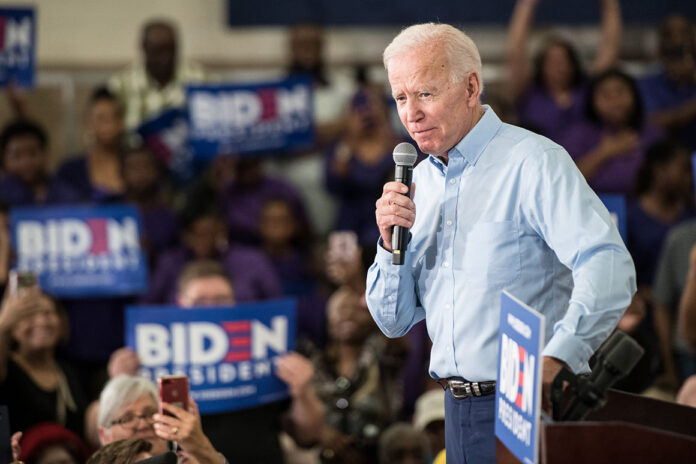 Joe Biden continues to use his executive pen to make laws. The 30 or more laws that he has legislated has never been discussed in the Senate or the House. He just acts like a lone Senator that has free reign. Not once has he worked with the other branches of government actually to accomplish something of value. He has built for himself a house of cards.

As a lone ranger, Biden’s actions are indicative of a dictator. Now that he thinks he is the most influential person in the world, he wants to shape the world into his design. The problem with his thinking is that nothing that he has done has been of his design. It has been the pressure of someone else.

The climate change executive orders are similar to the Green New Deal that Alexandria Ocasio-Cortez keeps trying to push on everyone. It was his idea to cut emissions and destroy the oil industry. And now Biden is trying to pass off these changes as his own.

The first order of business for Biden was to eradicate the orders issued by President Trump. Even this move by the old man was not something of his own thinking. Nancy Pelosi and Chuck Schumer had the pressure to reverse those orders.

And then there are the special interest groups that complained about the Keystone XL pipeline. These noisy groups help him use his pen to stop the construction of the pipeline. And the list of nasty influencers continues to grow.

But there is one issue that hangs in the back of everyone’s mind. The issue of COVID-19 is one thing that everyone would rather forget about. There is immense pressure from the voter to get life back to normal without a mask or forced testing. But that pressure is ignored by Biden because he wants to continue to use the coronavirus as a method of control over people.

Biden is interested in just how long he can abuse the pandemic for his glory. His controlling administration wants to see stricter regulations for domestic travel within the United States. He and his band of demons are seriously thinking of making people get a negative COVID-19 test before they can fly anywhere within the 50 states.

This ignorant plan of Biden is another idea that is not thought through very well. People already are having to mask up and while the airlines social distance them on the planes. This alone has nearly crippled the airline industry.

Dr. Marty Cetron is the director of the Division of Global Migration and Quarantine at the CDC. He has been asked about the new rules that are floating around in Biden’s head. He stated that there are “conversations that are ongoing and looking at what the types and locations of testing might be … We’re actively looking at it. We realize that there’s been a dramatic evolution and increase in both testing platforms and testing capacity. I think this is a really important part of our toolkit to combat this pandemic.”

Biden thinks that testing is the best way to combat the virus. There is no miracle cure within a test. All it is doing is causing data to be collected that the liberals can use to twist into a lie for their advancement.

Once again, the Biden pen of orders ordered agencies to “impose additional public health measures for domestic travel.” He wanted all of them to come up with a list of rules that he could force people to do before crossing state lines. He has already imposed a mandate on everyone to wear a mask that does nothing to protect from the virus.

Biden’s circus defies all logic. His orders are from his demented mind. A mind that does not think through the consequences of his actions. America is in trouble because there is a man behind a desk issuing orders that are not in people’s best interests.