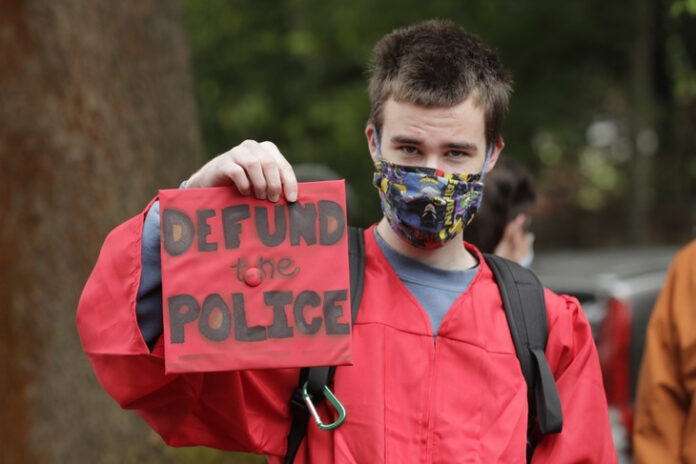 We’re closing in on the midterm elections. The Democrats know that they have to work quickly to turn things around for themselves. Otherwise, they could easily say goodbye to their majority in both the House and the Senate.

The desperation is hanging thick in the air.

Hardly. And if Richmond thinks that Americans are going to believe that, he’s got another thing coming.

It’s hard to think that Republicans are the ones begging to defund the police when the Democrats have been so loud about it.

The Squad members such as Alexandria Ocasio-Cortez and Ilhan Omar have been among the loudest. AOC has even been so vocal as to say that if we built fewer prisons that there would be less crime.

Very few Americans have forgotten that there are dozens of DNC committee members who are interested in defunding the police. At the very least, they want to “redirect” funds away from the law enforcement agencies. President Biden and Senator Sanders have been extremely vocal about sending more money toward social services, education, and mental health agencies.

While those agencies certainly need funding, the answer is not to take funds away from law enforcement.

The “defund the police” riots have also been the loudest (and most destructive) in liberal cities such as Portland, Oregon, Minneapolis, Denver, and New York City.

Oh, there’s no way for the Democrats to pin this on Republicans. This is all their doing.

There’s another issue with the cries for defunding the police: a surge in crime rates.

As many cities have actually carried through with their threats, they are no longer equipped to deal with the crime. It has resulted in firing law enforcement because they’ve diverted money to other agencies. And, there have also been mass exodus strategies by the blue as they choose an early retirement over watching a city protect the bad guys.

Crime rates are becoming a problem in a number of cities – with Los Angeles and Chicago being among the top contenders.

And what do these cities have in common? Why, that would be that they’re all run by liberal leaders.

There are things that the Democrats cannot escape. In so many of the liberal cities, they’re struggling. Their crime rates are high, and often, it’s because they chose to protect the criminals instead of the law-abiding Americans.

The Democrats can try to point the finger all they want. The reality is that they’re losing a significant footing with American voters. We can only hope that American voters show up to the polls to point out the displeasure that they have with their Congressional leaders. After all, Congress is responsible for helping us to feel safe. And it’s hard to feel safe when the bad guys aren’t even being charged with the crimes they commit.