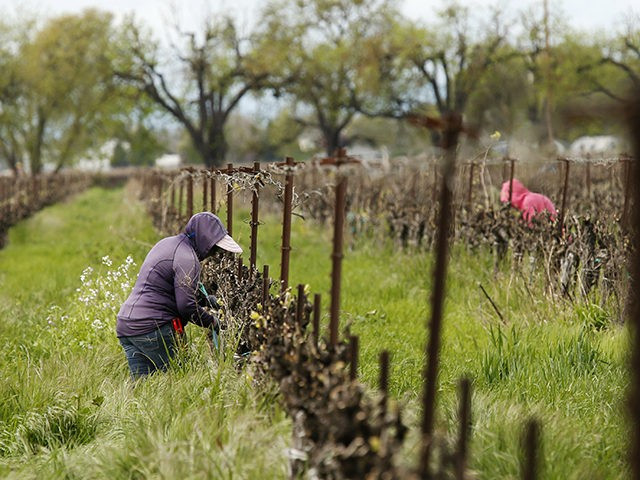 President Biden isn’t used to being told “no.” Typically, he does what he wants through executive orders. If he doesn’t have to go through Congress, all the better.

Now, he’s trying to issue racial reparations to black farmers. Maybe he feels guilty for being a bit racist in the 1970s when he actually sided with those who were against bringing white and Black students together in the classrooms.

Regardless of what he did then, the courts are focused on what he’s doing now. And, they’re rejecting his reparations as being unconstitutional – and it’s not the first time they’ve rejected Biden’s big plans, either.

If it were up to President Biden, Black farmers would be given racial reparations. The problem is that it directly violates the Fifth Amendment.

Since the president seems to be a bit confused about what the Fifth Amendment is, it has to do with the rights granted to Americans in both criminal and civil legal proceedings.

President Biden wants to promote a program that focuses on debt forgiveness for non-white farmers. Yet, Chief Judge S. Thomas Anderson, of the U.S. District Court for Tennessee’s Western District has blocked it.

By blocking the program with an injunction, it prevents the USDA from erasing the debts of farmers “falling within the specified racial classifications. The program is designed to pay up to 120 percent of the outstanding indebtedness, which means that their debts and then some would be covered – and “without any consideration of need.” This means that Black farmers would get the help whether they need it or not.

Section 1005 of the coronavirus bill paints the program a bit differently than what Biden and the USDA are trying to do, which was to “provide debt relief to ‘socially disadvantaged’ farmers. Further, it was to remedy any lingering effects of racial discrimination found within the USDA loan program.

There have been several cases that have been used for the court’s decision, including Vitolo, which incorporates the American Rescue Plan Act’s restaurant relief segment as well.

Essentially, the reason that the reparations are a no-go is that the governmental policies that allow people to be classified by race are “presumptively invalid.” According to Judge Amul Thapar of the U.S. Circuit Judge of the U.S. Court of Appeals, who wrote Vitolo, explained that there is a need to overcome presumption.

The government has to prove that favoring one race over another is necessary.

Go ahead, Biden. Why is it that only Black farmers would get this kind of dismissal of their loans?

According to the courts, there needs to be a specific episode of past discrimination. Most farmers, regardless of color, haven’t faced discrimination. However, if Biden wants to issue reparations based on race alone, it would seem as though the white farmers, if anyone, were suddenly faced with discrimination.

A “general assertion” that there’s been discrimination throughout the entire industry is not good enough. Plenty of white farmers have filed lawsuits because they don’t like what the Biden administration is trying to do.

Biden has lost. He’ll continue to lose. Reparations were paid years ago when slavery ended. Now, it’s every man, woman, and child for themselves, regardless of color. We are the land of opportunities, and if anyone shouldn’t need reminding of that, it should be the President himself.