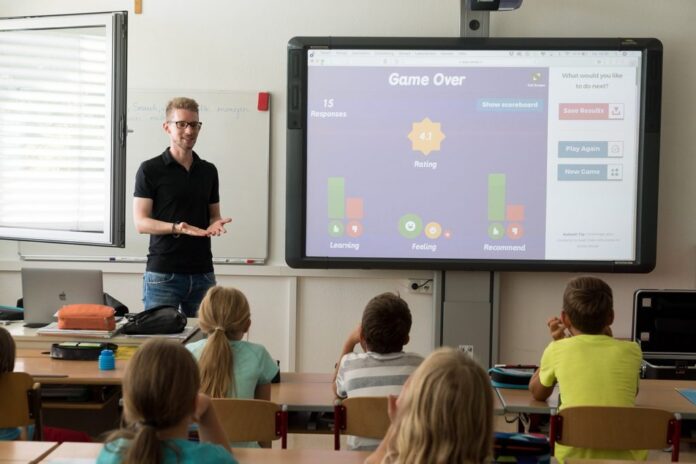 The leftists who think that Critical Race Theory and the 1619 Project are important to teach students are hitting schools where it counts – their budgets.

It’s the ultimate bribe. Schools are broke. They need money for teacher salaries, technology, school supplies, and more. Well, one Missouri school district decided that it would accept a bribe that was offered to them.

In Columbia, Missouri, a school board didn’t even need that much money to sell their souls to the left. It only took $5,000 to convince them to add lesson plans that focus on the 1619 project.

It has been widely accepted that the 1619 Project is not only inherently racist but also incredibly inaccurate. The project, created by Nikole Hannah-Jones, is founded on the notion that America was founded in 1619 as opposed to 1776.

Teaching such lesson plans will be a disaster. It tears at the very fibers of America’s history and promotes a significant amount of racial division.

Does the Columbia Board of Education support the 1619 Project? That seems to have been eliminated from the conversation. They decided that they would accept the grant from the Pulitzer Center so that teachers will develop a lesson plan that teaches this.

The school board members wouldn’t comment on the approval. However, with the approval comes a payment of $5,000 to each educator on the team that will develop the lesson plans. It will allow students to be taught key issues pertaining to not only race but also other social justice issues.

According to the collaboration’s terms, there will be deeper connections to the 1619 Project and pre-existing curriculum. The goal? Practice media literacy and build empathy.

The question really needs to be asked – do students need to interact with the resources from the 1619 Project? Will anything good come from it?

Peter Kirsanow, a member of the U.S. Commission on Civil Rights destroyed the 1619 Project and how it is interpreting American history. “we have seen what I believe to be a corruption of history.” As to Jones, the journalist to launch the project, Kirsanow believes that she’s using “the tools of a 20th-century form of oppression” to present the left’s version of slavery in the U.S. Put simply, it’s propaganda.

Yet, the Columbia School District is going to allow the propaganda into the school curriculum all so that a handful of teachers can receive $5,000 grants.

Is knowledge of the 1619 Project going to somehow catapult students to a higher level of learning? No. They will be told of repressive regimes and the “valiant travails” of Blacks that, simply, aren’t supported by facts.

The Columbia School District obviously needs help in one way or another. They have an 89 percent graduation rate and only a 47 percent rate of reading proficiency. Still, teaching students a false alternative to American history isn’t going to change any of this.

The only thing that the school district has proven is that they are a sell-out. The only question is, how many more school districts are out there that will choose money over a premium education for their children? How many minds are the left willing to corrupt? How many impressionable students will be deterred by this curriculum to buy into the idea that the U.S. is as systemically racist as the 1619 Project claims that it is?

We’re in dangerous territory, and we need to make sure that school districts aren’t accepting the bribes.