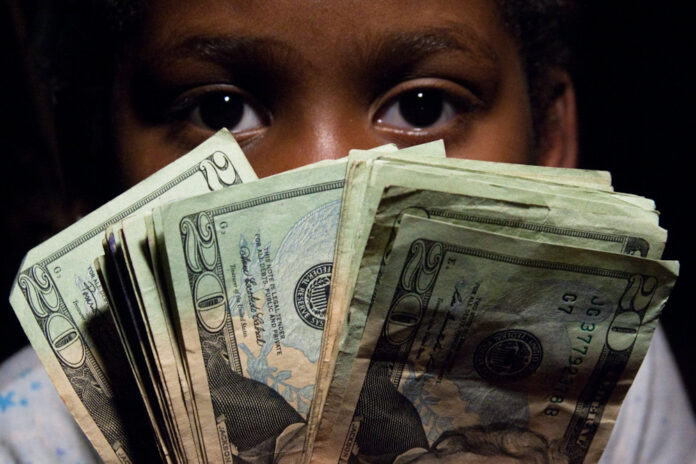 The State of California continues to lead the leftist way in huge government spending. Lawmakers passed the country’s very first state-funded guaranteed income program on Thursday. This plan will apparently provide monthly cash payments to eligible pregnant women and young adults who have recently aged out of foster care.

There will be absolutely no restrictions on how each recipient of the guaranteed money can spend the funds.

The Associated Press reported: “Dozens of local programs have sprung up around the country in recent years, including some that have been privately funded, making it easier for elected officials to sell the public on the idea.” The AP also reported, “California’s plan is taxpayer-funded and could spur other states to follow its lead.”

The program will cost $35 million and it had bipartisan support in both chambers of the state legislature. It passed the Senate with a 36-0 vote and the Assembly with a 64-0 vote, although some politicians abstained.

The law comes on the same day California is handing out families their first payments under the temporary expansion of the state’s federal tax credit, according to the AP.

The guaranteed income program was led by Democratic Senator Dave Cortese from San Jose. He encouraged the program statewide and recently told the San Francisco Chronicle, “Foster youth are an extraordinarily vulnerable population.”

“We have a demographic that’s launched into independence whether they are ready for it or not the minute they hit a certain age,” he said. “These are our children, and often they don’t have anywhere else to go for support on the first day of emancipation.”

The Associated Press reported that Michael D. Tubbs is now an advisor to Democratic Governor Gavin Newsom. The AP described Tubbs as “a trailblazer when he instituted a guaranteed income program as mayor of Stockton.” Tubbs told the AP, “Now there is momentum, things are moving quickly,” adding, “The next stop is the federal government.”

Tubbs has joined with politicians across the country to implement similar policies in other cities.

Various U.S. cities such as New Orleans and Tacoma, Wash., have recently announced federal guaranteed income programs, including Los Angeles, which plans to give an extra $1,000 per month to 2,000 needy families, the AP reported.

The way this program will work is by local governments and organizations applying for the money to run their programs. The state Department of Social Services will decide who gets funding. California lawmakers agreed that local officials could determine the size of the monthly payments, which generally range from $500 to $1,000 in existing programs around the country.

What sets this program apart is that for decades most government assistance programs have had strict rules about how the money given can be spent. Other programs usually limit benefits to things like food or housing. But a guaranteed income program gives money to people with no rules on how to spend it. The hope is to reduce the stresses that surround poverty and cause health problems that in turn make it harder for people to find and keep work.

Vince Fong, a Republican Assemblyman from Bakersfield abstained from the Thursday vote. He has said in the past that programs like this guaranteed income plan “undermine incentives to work and increase dependence on government,” the AP reported.

“We should be pushing policies that encourage the value of work,” Fong told the newswire. “Guaranteed income doesn’t provide the job training and skills needed for upward mobility.”

There’s no doubt that pregnant women and teens aging out of the foster care program are in a very vulnerable place, but will this guaranteed income program become a slippery slope leading to massive overreach financially nationwide?