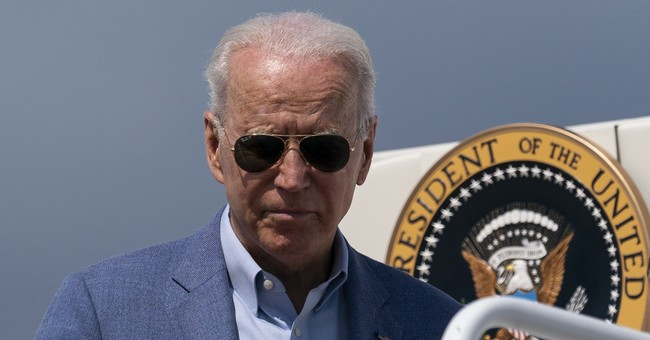 The Democrats are scared now that their evil agenda is out in the open. They wanted to open the border to let in criminals and drug dealers sympathetic to their cause. The number of illegal crossings has hit new record highs and is set only to go higher. Biden and his staff have no intention of stopping the flow for people that do not need asylum. He has only told the Cubans that they cannot come because they would only support the Republican Party.

Over 189,000 illegals pressed their way into America. This new wave of illegals has put the yearly total to over one million people. The people that were caught are the ones that make up Biden’s numbers. It is the ones that got away that concern the American people because they join the gangs and smuggling drugs into the country.

Joe Biden and his people say that there is not a problem brewing at the border. They want people to think that everything is under control. Kamala Harris went to the safest part of the border and did absolutely nothing to fix the problem. She got people to get off her back by smiling for a camera but solved nothing for the country.

American-hating countries of the world have noticed that the southern border is an open door. Many of the people coming to the border are not even from Central America. They are coming from all over the world to set up and strengthen criminal networks.

With the massive influx of illegals flooding the American landscape Biden is extremely worried. Biden’s hatred for Donald Trump causes the growing crisis at the border. He could not wait to get his hands on a pen to reverse everything that made America great.

Illegal immigrants NOT from the Northern Triangle or Mexico arriving at the border has SKYROCKETED.

The true “root cause” of Biden’s border crisis is his open borders agenda. pic.twitter.com/OWL8pDfarC

One report stated that “The huge increase in illegal border crossings that President Biden described as ‘seasonal’ is growing larger despite the summer heat.” Biden and his regime will say anything to make the border crisis not look as bad as it is.

The silly old man is coming to grips with something that the rest of his Nazi-like regime refuses to believe. He knows full well that the border crisis will come back and kick the Democrats in the rear. They are the reason that America is suffering and losing ground in the world.

Even with the truth starring the Democrats in the face, they still believe that open borders are the best policy for American immigration laws. Under the terror of Nancy Pelosi, the House has proposed a bill that would further cut the funding for border security. They desire to force every border agent out of a job and reduce detention centers to ghost town status.

The president himself worries that GOP attacks on the issue of immigration will resonate politically, according to people familiar with his thinking.

“He knows the damage this can do and what a gift this is to Republicans.”https://t.co/ZcxfQjfFEc

The Progressive monsters also want Biden to finish off Trump’s rules and regulations by issuing more executive orders to reverse the layers of protection left by Donald Trump. The former president developed rules that limited asylum rights to people that could have been exposed to the coronavirus.

The progressives want those rules reversed so Biden would do what he wants with the border. And so far, he has let in the fakes and denied access to freedom to people that need asylum granted to them.

New York Times reports Biden is under increasing pressure from Democrats to admit even more illegal border crossers into US. And when he does: ‘Republicans are ready to pounce.’ https://t.co/aWmrQb1Mi4

But the genuine concern for Biden is noted in a report that came out that stated, “Ending use of the rule might satisfy critics in Mr. Biden’s own party, but it could also lead to new scenes of crowded, unsafe Border Patrol stations and fuel conservative talking points before the midterm elections in 2022.”

The people are pressing the southern border at not genuine asylum seekers. They are just people that are using Biden’s ignorance as an excuse to come into America. They hope that they will be able to sneak in and be granted citizen status by a man that has proven himself to be crazy.

It was crazy that a president presumed to unilaterally re-write our immigration laws and got away with it for so long, with the press and congressional Democrats who were so outraged by Trump’s executive actions completely unbothered by it https://t.co/6ESw8AkUXU

The president’s message to the Cubans to stay away from is the nail in his coffin. The Democrats will have challenging questions to answer in the coming months as their terms in office come to an end. They may think that they pulled a fast over the people. But the voter has the last laugh. They will vote the liberals out of the office and send them back to the holes that they crawled out from under.