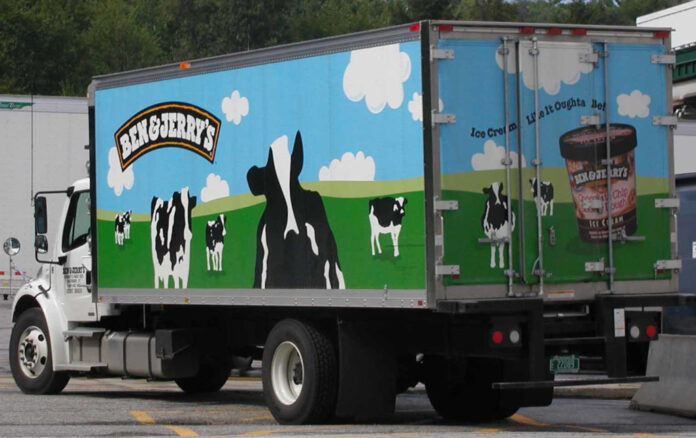 There is definitely some screaming being done for Ice Cream these days. Republican Senator James Lankford (OK) called on his state to block the sale of Ben and Jerry’s ice cream due to the brand facing criticism for its anti-Israel actions this week.

The Oklahoman senator tweeted, “[Ben and Jerry’s] has now decided they know more about Jerusalem than the Israelis. If Ben & Jerry’s wants to have a meltdown & boycott Israel, OK is ready to respond. Oklahoma has an anti-boycott of Israel law in place”

Lankford then added, “We should immediately block the sale of all [Ben and Jerry’s] in the state and in any state-operated facility to align with our law,” he added.

KOKH Fox 25 from Oklahoma reported, “Last year, the governor did sign a bill that declares Israel a prominent trading partner and gives the state the option to not do business with companies that boycott Israel. The Oklahoma law does not allow for an all-out ban of a product or company based on that company’s dealings – or decision to not have dealings – in Israel.”

The Hill reported that state Representative Mark McBride (R), one of the primary authors of the bill, said that this law only applies to the state of Oklahoma and who they do business with.

“If Ben & Jerry’s was a vendor [of the state], then we would not do business, but they are not a vendor of Oklahoma,” McBride said. He added that he will not be doing business with the ice cream company.

#Benandjerrys has now decided they know more about Jerusalem than the Israelis. If Ben & Jerry’s wants to have a meltdown & boycott Israel, OK is ready to respond. Oklahoma has an anti-boycott of Israel law in place

According to the Daily Wire, “Ben & Jerry’s ice cream, named for its two leftist founders and owned by Unilever since 2000, announced on Monday that they would no longer sell ice cream in the two ancient Biblical parts of Israel, Judea and Samaria.”

The statement from Ben and Jerry’s read: “We believe it is inconsistent with our values for Ben & Jerry’s ice cream to be sold in the Occupied Palestinian Territory (OPT). We also hear and recognize the concerns shared with us by our fans and trusted partners.

We have a longstanding partnership with our licensee, who manufactures Ben & Jerry’s ice cream in Israel and distributes it in the region. We have been working to change this, and so we have informed our licensee that we will not renew the license agreement when it expires at the end of next year.

Although Ben & Jerry’s will no longer be sold in the OPT, we will stay in Israel through a different arrangement. We will share an update on this as soon as we’re ready.”

Ben and Jerry’s has a history of controversial and political moves. In 2017, the company banned customers in Australia from having two scoops of the same flavor in 26 stores because it was upset about the status of same-sex marriage in the country.

“Ben & Jerry’s decision represents shameful surrender to antisemitism, to BDS and to all that is wrong with the anti-Israel and anti-Jewish discourse. We will not be silent,” Lapid tweeted.

Ben & Jerry’s decision represents shameful surrender to antisemitism, to BDS and to all that is wrong with the anti-Israel and anti-Jewish discourse.
We will not be silent.

Lapid also wrote, “Over 30 states in the United States have passed anti-BDS legislation in recent years. I plan on asking each of them to enforce these laws against Ben & Jerry’s. They will not treat the State of Israel like this without a response.”