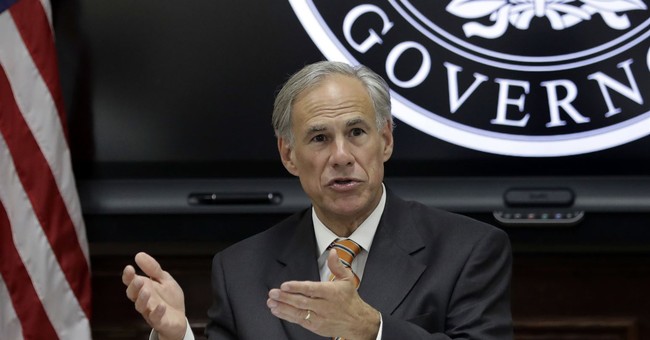 Texas Governor Greg Abbott has been moving to tighten voting laws in the state to make them safer and less prone to fraud, and it’s something the Democrats haven’t been taking well. Not only did Texas Democrats flee the state so they could create a circus for the Democrat-backed “For the People Act,” but President Joe Biden has also weighed in to say that what Abbott is doing is akin to Jim Crow laws.

Abbott wasn’t about to take that laying down and returned fire while on Sunday Morning Futures with Maria Bartiromo, saying that Biden was “flat-out lying” about what’s happening in Texas.

Bartiromo brought it up to Abbott first, noting that a lot of the lies being circulated around about Texas’s new voting laws are coming from “the top” and took a swipe at the “For the People Act” which would make mail-in ballots and ID-less voting the standard.

Abbott proceeded to rip Biden apart on his use of invoking racist laws of the past, and I might add that these racist laws were Democrat-created laws.

“So this is the same president who called me a Neanderthal, now he’s invoking Jim Crow, too,” Abbott said. “And I’ve got to tell you what. That’s diminishing to the people in the United States of America who did have to suffer through Jim Crow. Anybody who says this is a Jim Crow law, they don’t either know Jim Crow laws or they don’t know what’s going on in the state of Texas. Because there is no segregation, there is no attempt to make it harder for people of color.”

Abbott proceeded to talk about the voter ID law that was passed in Texas in 2011. Democrats also attempted to racially scaremonger as they always do, but despite the left making it seem like people of color would have a hard time voting, more people came out to do so by a significant amount by 2013.

“It’s easier today than it’s ever been for people of color, for all Texans, to be able to cast a vote,” the governor continued. “So these aspersions that are being cast by the president of the United States are completely reprehensible, and it shows the American people that the president of the United States is willing to lie about what’s going on to try get his way. And that’s one reason why you’re seeing President Biden’s polling numbers continue to plummet.”

The numbers don’t lie. Voter ID actually helps and encourages more people to get out and vote, contrary to what the Democrats try to say. The same thing happened with Georgia voter ID laws as well. After the law was passed, minority voting went up.

The Democrats are running an already disproven lie in an attempt to pass a bill that would deprive the states of the right to decide how their own voting laws are conducted in an attempt to make it far easier for them to be reelected.

At the head, we have Biden, unable or unwilling to take a step back from his Pelosi-esque over-dramatics and labeling everything inconvenient to the Democrat party as either the height of racism or deadly in some way, shape, or form.

It’s all an act, but more importantly, it’s all a power grab by Democrats.