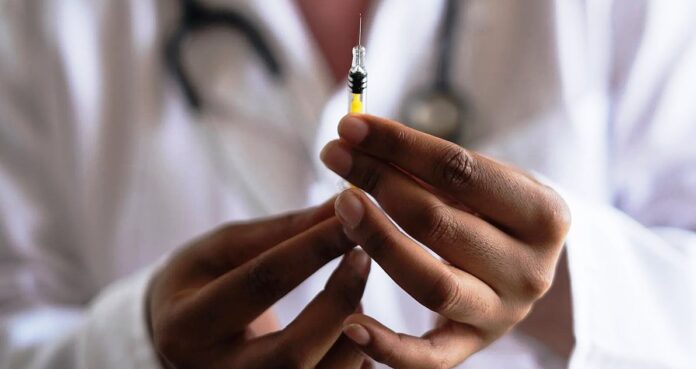 In between beating Hong Kong patriots with billy clubs, the persecution and mass genocide of its ethnic Uighur population, threatening Taiwan with war, threatening India with war, and lashing out at any country that doesn’t believe its ridiculous lies, China is trying on its big boy pants as it aspires to play the role of world leader.

First China gave us the virus. Now China wants to give us a vaccine for the virus.

It’s a racket not dissimilar to when the four Mafia crime families in New York City controlled the market on the window trade – first they break your window in the middle of the night, they then show up the next morning to install a new window for you.

“Would hate for something awful to happen,” said the communist gangsters in Beijing. The Chinese communists unleashed a deadly virus on the world and then threaten to do it again in the future. In the meantime, they try to make money solving the problem they caused.

Bald-faced lies, delays, fabricated data, malicious deceit, and China’s attacks on the rest of the world have kneecapped its ambitious effort to portray itself as a leader in global health.

Communist China’s fast-tracked COVID 19 vaccine program was supposed to boost China’s debut on the world stage as a geopolitical leader. Instead, it has proved that China is merely a backward geopolitical menace.

Rather than showcase the country’s scientific advancement and benevolence, the failed Chinese vaccine rollout has only reinforced communist China’s shoddy reputation for making essentially worthless and/or harmful products and taking advantage of our countries.

Countries around the world are fuming. Leaders in countries as diverse culturally and geographically as Brazil and Turkey have charged that Chinese companies have been slow to ship doses and ingredients. What does arrive from China is founded on shaky science and potentially dangerous to public health.

Disclosures about the Chinese vaccines have been nonexistent, with China muzzling doctors and the labs creating the vaccines under the gunpoint of the communist overlords in Beijing who are demanding a vaccine to sell to other countries, no matter or not if it actually works, so that the Chinese communists can claim a PR victory.

The little news that has leaked out of China suggests that China’s vaccines can’t stop the virus as well as vaccines developed by U.S. drugmakers Pfizer and Moderna.

Of course, China refuses to believe this. China’s people are suffering and the regime is endangering countries around the world as a result.

In the Philippines, lawmakers are furious that the government went ahead and bought vaccines from a Chinese company named Sinovac, while government officials in Singapore and Malaysia, both of who ordered vaccine doses from Sinovac, have tried to convince their populations that the Chinese vaccine is safe and effective. Yeah, right.

“Right now, I would not take any Chinese vaccine, because there’s insufficient data,” said Bilahari Kausikan, a top former leader at Singapore’s Ministry of Foreign Affairs.

At least 24 countries around the world – most of them poor – have signed deals with communist China companies to get made-in-China vaccines.

Unfortunately, these countries didn’t necessarily have a choice as to whether or not they should buy their vaccines from China. More developed, and therefore richer, countries around the world claimed most of the vaccine doses made by U.S. drugmakers Pfizer and Moderna.

In the game of vaccine musical chairs, the poor countries were stuck with China – and they are suffering because of it. The delays in getting vaccines from the Chinese communists and because the vaccines are less effective mean that those poor countries will likely take longer to beat the virus.

Instead of “helping” the world, communist China is hurting the world.

Communist Chinese officials who had hoped that their junk vaccines would boost China’s global reputation are now on the defensive and once again spreading misinformation to coverup for their backward malicious behavior.