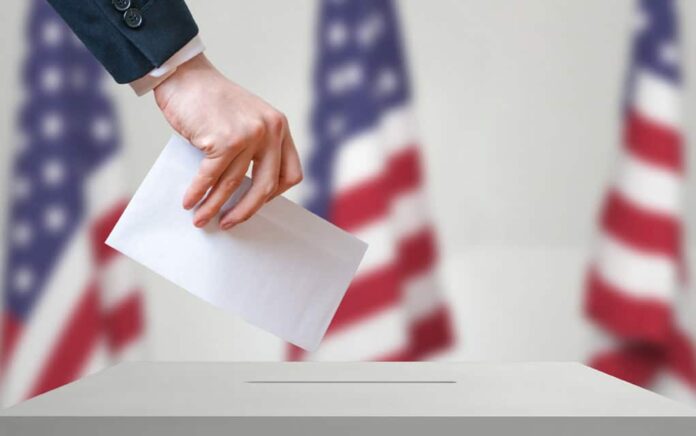 If we know anything about the 2020 general election, it is that it was likely the most controversial one seen in the modern era. Not only in the way it was conducted but also in the way the results presented themselves and were counted.

Naturally, it has led many to question those results, especially in battleground states such as Georgia, where the winning candidate for the last 20 years has been Republican. After all, most of the voting population is red-leaning.

On top of that was the surprise win of not one but two Democratic senators in the same red-leaning government. And, of course, there are the many, many supposed allegations of voter fraud in the state, most of which supposedly occurred in the heavily populated Fulton County.

And that’s precisely why Georgia House Speaker David Ralston has proposed that the county conduct a full forensic audit of the election.

As Just the News reported, Ralston wants to “determine if any irregularities or willful fraud occurred” in the county, where much of Atlanta is located.

Ralston wrote a letter to Fulton County Elections Director Richard Barron on Thursday asking him and the Georgia Bureau of Investigation to deep dive into the 2020 election and its supposed results.

He wrote, “Recently, media reports have surfaced which call into question the way in which Fulton County conducted, counted and audited the November 2020 Presidential Election.” He added that these reports were accompanied by “video and other evidence” that suggest wrongdoing during the election process.

Ralston mentioned that implications of such wrongs have serious “repercussions” both for the state and our nation as a whole, as much of America finds itself no longer able to trust the electoral process.

Therefore, “(I)t is time we have an independent investigation once and for all….”

The speaker explained that, much like the leaders of Arizona and Maricopa County, the point of the audit is to let the truth be known about what went on during the election. The American people deserve at least that much.

As citizens of a free and independent nation, it is our right and duty to elect our own leaders. But how are we supposed to do that if we can’t trust that system that is supposed to hear our voices and put our wishes first?

The fact of the matter is we can’t. And right now, due to non-transparency by the government, starting with the same election that put our current leaders in office, much of America is struggling significantly with the feeling of being ignored and even cheated.

I mean, how are we supposed to believe that a state that has voted increasingly red in the last two decades in a row has suddenly changed its minds, thrown caution to the wind, and voted for the hard left? And by more than 12,000 votes, no less?

As Ralston says, it is “paramount” that we fix these problems and as soon as possible.

And he’s not the only one.

Additionally, Republican state Senator Burt Jones, a member of the Senate Government Oversight Committee, has written a letter of his own, this one to Chairman Senator Marty Harbin demanding that Georgia Secretary of State Brad Raffensperger come clean about the election results.

He’s calling on Georgia to follow Arizona’s lead to discover the truth behind the 2020 general election votes.

If nothing was amiss, then great, there’s less work for the state’s legislative bodies to do, and the people will be given at least some small sense of confidence and security in their votes, whether they like the results or not.

If fraud is discovered, though, it allows the state and the county to come clean to the people, to let them know how their votes were used, possibly against them. Additionally, and just as crucial, it will charge state leaders with making the necessary changes so that such election crimes and criminality will be harder to accomplish, if not impossible.

And who honestly doesn’t want more secure and transparent elections? I know the people of the United States do, and quite frankly, we are all that matters.