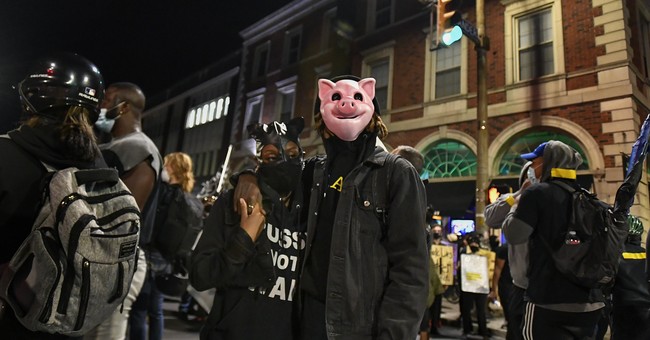 Yesterday, social media sites exploded over a viral video that purported to show a white police officer “planting evidence” in a black driver’s car. This led to an intense mob atmosphere that targeted the officer in question. He was eventually doxxed as has become the trend in these situations. The obvious point meant to be gleaned from the video was that the officer is a racist and police are unfairly abusing black people.

Most people that read my articles know I’m not a “back the blue” absolutist. I respect what the police do and believe that the vast majority of officers are honest actors. Yet, I’m also acutely aware that any entity under the control of the state can be abusive. There have been numerous examples over the last year where police were clearly in the wrong regarding enforcement decisions. Even outside of the United States, we saw Australian police abuse people yesterday for refusing to remain locked in their houses over COVID. At the end of the day, police typically follow orders, and those orders are not always just or moral.

In short, when any video comes out regarding the police, I’m going to want to see the evidence, one way or another, before making a judgment on what happened. In the case of this viral video, that kind of caution would have been warranted for a lot of people.

Here’s the thing about “planting evidence.” Typically, if you do so, you then “find” said evidence and use it against a suspect. Before even getting the bodycam footage, the fact that the people in the car were only given a speeding ticket should have been a clue that no evidence was planted.

What appears to have happened here was a routine search, probably via permission given by the driver to search the car (as an aside, never agree to a search without a warrant). A bag turned out to be empty and was placed back in the car. That’s literally it. Yet, bad actors ran to social media with an out-of-context clip provided by the liars in the car and put a target on the officer’s back.

Those that spread disinformation about the video on social media bear a lot of the fault regarding this situation. I’ve also been assured that big tech wants to cut down on misinformation. How about banning Rex Chapman? That won’t happen, though, because he spreads the “right” kind of misinformation.

Regardless, the person who took the video and presented it as something it isn’t should be held accountable as well. Lying about someone like that, police officer or otherwise, knowing it could put them and their family at risk is sick, depraved behavior.

As to those who shared this video under the guise of fighting for “social justice,” this kind of stuff only hurts their cause. But that assumes the division isn’t the point.