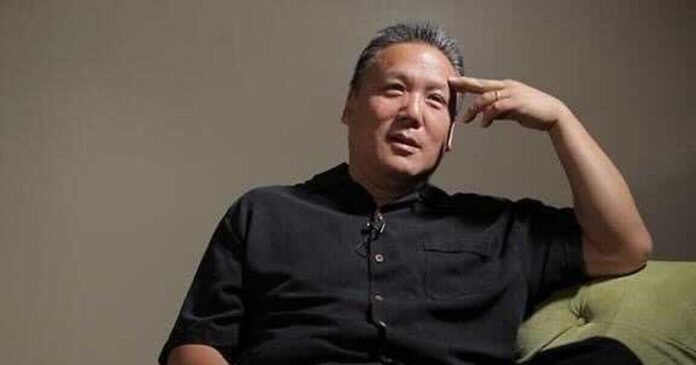 Most of us, during the wonderfully miserable years spent transitioning from child to adult, learn that while dreams are good and goals worked toward are great, the game of pretend is something best left behind. We are not the character we take on while playing regardless of how fervently we pose as a sports or cartoon hero in front of our bedroom mirror or outside with friends. Most of us know these things, even when we are children, and as the years stumble by, we lay aside childish things. Those that don’t become MSNBC hosts.

One of the lowlights of our present society is its insistence on indulging every fantasy-drenched whim any and every self-deluded joker comes up with regarding their “identity.” No one is who he or she thinks they are, no matter how fervently they wish to be someone or something else. Role-playing is just that — play. Putting on a dress does not make a male into a female. Putting on a black mask and yelling into a megaphone before going home to mommy’s basement does not make you an anarchist. It makes you an overaged pathetic child; a post-pubescent Peter Pan fighting not Captain Hook but rather your own refusal to become a responsible adult.

Actual adults, those that take on the responsibilities dictated by their birth certificate’s entries, realize that the calendar applies to them as much as everyone else. Those of us blessed to have had decent childhoods will, at times, find ourselves wistfully remembering the mostly carefree days of our youth, but those days are over. Playtime was fun, but playtime is over. We can — and indeed should — still enjoy ourselves, but this enjoyment is tempered by the knowledge neither it, nor we, will last forever on this earth.

I mention this in light of last Friday marking my entry onto this planet. Now officially eligible for Social Security, although as I heard a comedian once comment given its none-too stable financial status, perhaps So-So Security would be a better name as maybe it’ll be there and maybe it won’t, does give one a bit of perspective on things. I spent the day with she-who-is-my-wife enjoying a Southern California amusement park’s more relaxed side — no, I really don’t need to ride any more rollercoasters, thanks — and the evening at a small church listening to pastor and musical artist Oden Fong minister through song.

It bears mention that Fong was and is a product of Calvary Chapel Santa Ana (California) in the 1970s, a church where the late Chuck Smith pastored a flock of young Jesus people whose hippie hair, clothes, and music set them rather far apart from traditional churchgoers. Smith, as did many in what was commonly called the Jesus Movement, firmly believed that Christ’s Second Coming was imminent. There was a resulting tremendous emphasis on evangelism, so that as many people as possible would come to know Christ as Lord and Savior before His Return. Smith also believed in a strongly literal interpretation of prophetic Scriptures, most noticeably the Book of Revelation. Its gruesome depiction of the coming Antichrist and God’s apocalyptic judgment of the earth and its inhabitants who rejected Him was a vital pipeline for the fuel that powered Calvary Chapel, and its artists including Fong’s band Mustard Seed Faith plus Fong’s subsequent solo work. Its fruit was their being bold, blunt, and if need be brutal in telling others about what they believed would soon transpire.

It didn’t transpire, and we who believed in those heady days of youth went on with our lives. Some fell away from the faith, disillusioned that God didn’t come back when they thought He would and as a result had to actually live life with all its icky responsibilities. Some — an ever-increasing number, really — left this world behind for the next. And some of us are still here, confident in the belief that while we incorrectly interpreted the Scriptures regarding the promise of Christ’s Second Coming, it will happen. Whether it transpires during our lifetime or no, there will come the time when we will be face to face with Him. Those who smugly ink “only God can judge me” on their skin are going to be quite surprised when they find out He has indeed reserved a date to exercise that exact option.

Fong’s first solo album was Come For The Children, released in 1979 and available through his Bandcamp page. The late Rick Griffin’s striking album cover artwork depicts Jesus’ head wearing a hood as He overlooks a valley of blood. It was Griffin’s depiction of the battle of Armageddon. Not exactly your average worship album material; but Come For The Children is not warm fuzzy all the feels material.

Musically Come For The Children defies easy categorization. It contains elements of arena rock’s first generation (Boston, Foreigner, leaning toward the latter), yet has an anthemic style its contemporaries never quite reached. Part of this stems from producer Jonathan David Brown’s lush without becoming overblown style. The main contributor is that Fong was clearly totally disinterested in creating anything that fit in with what was the overwhelming majority of contemporary Christian music at the time, a landscape dominated by ubersoft pop and equally marshmallow lyrics. Come For The Children is unashamedly purposeful art, a work where even as the music is of highest quality, said music serves as a vessel for Fong’s message.

There should be no surprise that Come For The Children’s title track makes no bones about how not everyone will be going to heaven. There is a hell, and judgment. However, the album is not all fire and brimstone. Fong addresses the loneliness of life without Christ plus the joys and struggles of following Him. There is a thread of tenderness woven throughout Come For The Children, an earnest call to saved and unsaved alike. Fong is not using his Bible to beat people over the head, but rather speaks from it as the Word of Life, the blueprint of a genuine wish for all to be saved.

During his set Fong played the album’s closing track “She Begins to Sing,” which he explained prior to playing it came to him as a dream one night after someone had asked him to explain what heaven will be like. It uses imagery one expects from a children’s song, yet its message is for all ages as it details a joyous reunion with those from whom we are now separated.

Far too many on the left act as though today is all there is and a day in which they will always live, being who or what they pretend to be. It isn’t and they aren’t. Those of us who have both taken the red pill and understand that the only life path worth walking is the one made for us through Christ’s substitutionary death and triumphant resurrection from the dead are aware that today is but one day, one in which we should live as we are and ought to be. We are God’s children. We must not live as though we are forever earthly children.