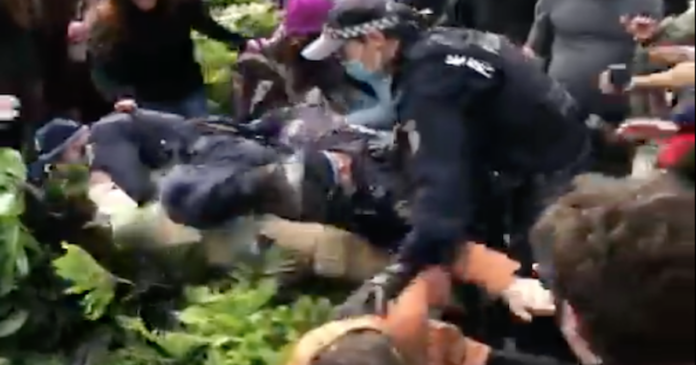 As I wrote yesterday, Australian officials have lost their minds in regards to COVID mitigation. We are talking about a nation that has averaged zero deaths from the coronavirus over the last seven days. Yet, because of a small number of cases originating in Sydney, cities are re-entering lockdowns with a demand for three, yes three negative tests to leave one’s house to basic functions.

This kind of irrationality serves no one. Per my piece, the idea that Australia is just uniquely good at lockdowns doesn’t pass muster when you compare them to European nations that took the same path but saw far worse results.

Rather, other explanations likely exist for the low COVID impact in the country. Perhaps it’s because it’s an island with closed borders (unlike, say, the United States or Germany)? Maybe it’s due to Australia’s position on the globe or something to do with their climate aside from just raw temperature numbers? We’ve seen countries in Africa with similar climates also experience little impact from COVID despite having scattered mitigation and few vaccine doses. Or perhaps it’s because those African nations and Australia make heavy use of certain malaria medications we aren’t supposed to talk about?

I’m not claiming to have a definitive answer. What I am saying is that what Australia’s tyrannical leadership is doing makes no sense. You can not lockdown for forever, especially when deaths are quite literally nonexistent and cases are rare. COVID will always be with us, and the vaccines protect against the much-talked-about Delta variant. Setting an impossible standard by which to abuse people is disgusting no matter which government is doing it.

That reality isn’t lost on the citizens of Australia, and things blew up in a big way yesterday. Massive protests and scuffles in Sydney were caught on tape. Here’s one such scene.

This isn’t going to be popular in some circles, even on the right, but I believe there are times where it’s morally justified to push back against the government. What’s going on in Australia is one of those times. In short, the police are the bad guys here, abusing people and beating up women for daring to exercise basic human rights. If this were happening in China, there’s be headlines about it how horrific it is. But because it’s happening in a supposedly civilized, free country, excuses are made instead.

Those chanting “you serve us” are correct, though, no one in the Australian government seems to care about that. In the end, the only way to stop this is to stand up and make it unsustainable for these government officials to keep doing what they are doing. That may be ugly at times and produce videos like this. It may involve disobeying the police and other authorities, but in this case, it’s completely justified.

No citizen of any country should accept this kind of behavior from their government.