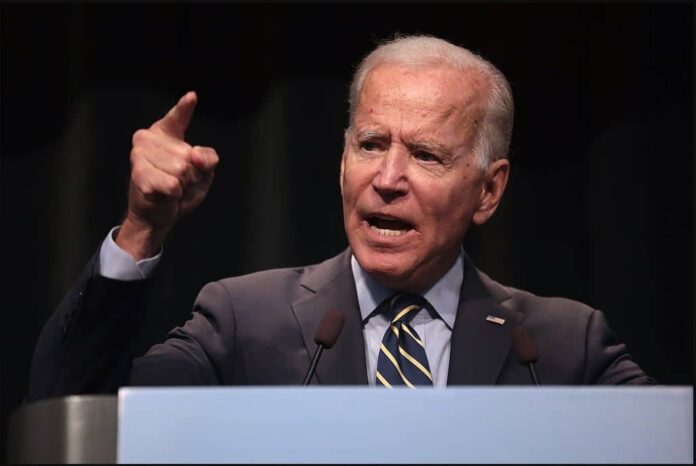 There’s a reason why China and the rest of the world think that President Biden is weak and pathetic. He is. And his approach to China hacking Microsoft is proof of it.

The Biden administration has formally blamed China for the hack that took place on Microsoft servers back in March. Criminal hackers carried out actions that involved various cyber-attacks and ransomware operations, holding people up for millions of dollars.

These hackers didn’t just stop at the U.S., either.

The U.K.’s National Cyber Security Centre said that the groups were responsible for targeting maritime and naval defense contractors throughout the United States and Europe. Further, the EU foreign policy chief Josep Borrell went as far as explaining that the hack was conducted “from the territory of China.” The hack itself was for the purpose of espionage and intellectual property theft.

Essentially, China sent hackers to spy on us and others throughout Europe.

A senior Biden administration official called it a “pattern of irresponsible behavior in cyberspace.”

Wait, actively targeting government servers for the purpose of intellectual property theft is irresponsible? It’s a bit more than that.

The U.S. has confronted Chinese officials about the attack. That’s it. They believe that scolding China publicly is all the punishment that is necessary. And Biden and the rest of his administration struggles with figuring out why the rest of the world sees him as weak. Hmmm, that’s a real head-scratcher, isn’t it?

A warning isn’t going to stop China from allowing the hackers to do it again and again. If anything, China is now laughing at the U.S. they don’t care about a warning or public chastisement. The Communist Party has been taunting the U.S. for a while now because they know that they can get away with anything.

This is even worse than when Biden responded to Russian ransomware groups. When that happened, he actually gave them a list of things not to hit. This isn’t even a joke, though we all wish that it were. A list of what not to hit is like giving the Russians a bullseye on what’s needed to take out our government.

Even still, why are we allowing a government to protect the hackers? And, are we supposed to believe that the hackers didn’t share the information they gathered from the Microsoft Exchange Servers with the Chinese government? Come on…we have to be smarter than this, right?

Shouldn’t hackers have to answer to someone? It’s not okay that they are protected by the Chinese government considering that they’re responsible for hacking into U.S. companies and demanding millions of dollars in ransom. If China doesn’t want to hand the hackers over to the U.S. to pay for their crimes, then China has to be the one to pay for those crimes.

This should be cut and dry. Yet, Biden is weak. That, or he really doesn’t want to punish China because he’s working more closely with them than he’d like to admit. Hey, perhaps the Chinese have said that they won’t buy any of Hunter’s paintings if they are given sanctions. Who knows, but China is only going to keep pushing if the U.S. doesn’t figure out how to take a harder stance with them – and soon.