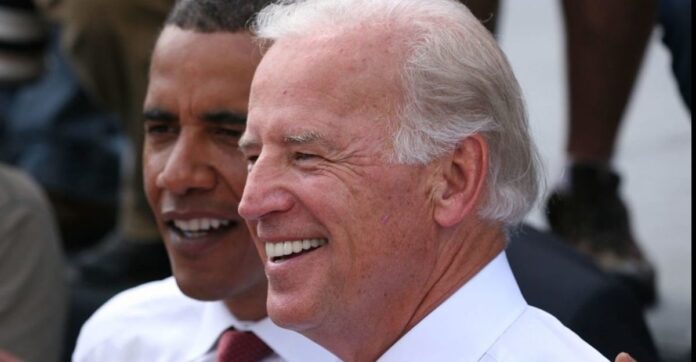 “Today, I’m about to sign two executive orders. Basically, the best way to describe it—to undo the damage Trump has done. There’s nothing new that we’re doing here other than restoring the Affordable Care Act,”

That was the message delivered by President Biden. After which, without allowing a single question, reporters were ushered out of the oval office by a shrill voice shouting “Thank you! Thank you guys.”

No questions? This legislation is an insult to America at this point in time, and no questions are permitted? When did America become a dictatorship?

To be clear, this legislation would ultimately replace the legislation President Trump shot down in 2017, removing the compulsatory health coverage required by individuals. Under this “replacement” legislation, Americans would once again be compelled, under penalty of fines, to maintain healthcare insurance in the near future.

In the current state of the US economy, with so many out of work, behind on rent, utility bills, and mortgages, and worried about where their next meal is coming from, President Biden has decided that the Affordable Care Act, otherwise known as Obamacare, or now, Bidencare, is a priority. This will add yet another invoice on top of the pile of unpaid bills Americans are left to deal with.

President Biden has taken this step just days after striking down two Trump actions to lower the cost of Epinephrine and Insulin. Both drugs are widely needed by Americans for allergic reactions and diabetes respectively, and both can be very expensive. These drugs were slated to be sold to low income or indigent patients at “cost”, that is, with no markup, in order to lessen the burden on those who cannot afford the medication otherwise.

Instead, Biden has “frozen” this Trump initiative pending further review.

As Biden cuts jobs, takes steps that will inevitably increase the cost of fuel and energy, kills large international projects like the Keystone XL pipeline, and signs the US back into international climate agreements that will cost 6 million jobs and 3 trillion in lost revenue, he now has the gall to add another mandated expense to the American taxpayer. If the American taxpayer cannot afford a sizeable chunk of their paycheck going to this mandated health care coverage, a fine will be imposed.

Yes, folks, he’s got you coming and going. You’ll pay. One way or the other.

The fines for not having the mandated coverage aren’t a slap on the wrist either. The average family of four who cannot afford to lose the income required on a monthly basis to keep the whole family covered, can be hefty. At almost $700 per adult and close to $350 per child, that family would be fined close to $2100 at the end of the year or 2.5% of its yearly income, whichever is greater.

According to ehealthcareinsurance.com, in 2019, a family of four paid, on average, $1,437 per month without subsidies. That’s a mortgage payment. That’s a large sum of money for many Americans who live paycheck to paycheck to swallow. Considering the current economic climate, that’s a death blow to middle-class American families.

So what are Americans to do? Paying for the insurance isn’t really an option. However, the $2,100 fine at the end of the year is easier to swallow than the combined 12 months of coverage at $1,437 per month. ($17,000 average per year for a family of 4 without subsidies) So, middle-class Americans will not pay for health insurance. Instead, they will opt to pay the fine levied under the ACA at the end of the year.

The debate on healthcare is not new, and it is an important issue, however, this is not the time to begin the process of levying an unfair tax on the middle-class. The damage done to the economy by coronavirus is an ongoing and evolving problem to be dealt with. Adding an unfair, and possibly illegal mandate to the American people that will unfairly target the middle-class is moronic at this stage in our recovery.