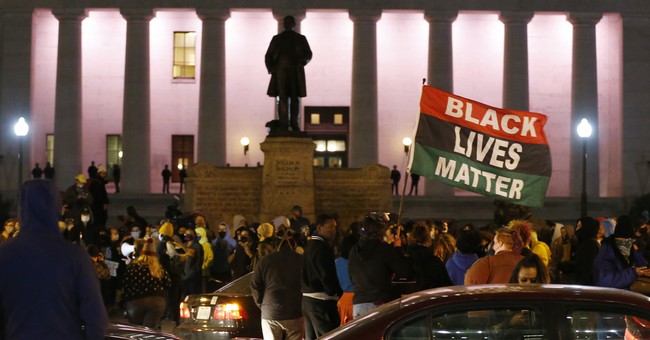 Yesterday, the rising violent crime rates hit close to home for rich, affluent liberals in Washington D.C. with a shooting that took place on 14th St. NW, interrupting numerous overpriced dinners. That followed on the heels of a high-profile shooting in Navy Yard, outside the Washington Nationals baseball stadium.

Ignore the source of the video, though, I will say that it’s ironic that Acosta showed none of this care when cities were turned into warzones last summer. Now that the violence might affect him, he’s suddenly concerned.

The recent spate of shootings in the nation’s capital that has gained the attention of the press has led to questions being asked of the police chief in the city. Were his officers not doing their jobs? Is there something more he can do?

He was having none of those insinuations. Instead, he placed blame exactly where it belongs, going after the woke notion that it’s “justice” to let criminals back out onto the street and to not aggressively prosecute those that commit crimes, including those that possess and use illegal weapons.

This has been obvious from the beginning. Nothing has substantively changed in regards to the proliferation of firearms. Rather, what has changed are activist blue-city Democrats, both within city hall and the prosecutor’s office, that have pushed for so-called “bail reform” that has let violent criminals back onto the streets. Further, in many cases, probation and other low-punishment deals are being struck instead of actually putting violent criminals behind bars for an extended period of time.

That has led to the predictable result of violent crime rapidly accelerating across America’s major cities. As an aside, perhaps no one has more blood on their hands than George Soros, who bankrolled many of the woke prosecutors who now hold positions of power in their cities.

Of course, not unexpectedly, the police chief blames guns as well, but it is not the guns committing shootings. Rather, it is criminals who possess illegal weapons, many of which have previous arrests but are let back out onto the street. There are lots of guns in the rural South, for example. There aren’t a lot of shootings. Ultimately, criminals will get weapons (as the United Kingdom’s surge of stabbings has shown). The question is whether they will be allowed to use them or if the laws will be enforced.

Want to stop the rise in violent crime? Arrest the people who commit those crimes and put them in jail. It’s really not that difficult. It’s what the country did for several decades, leading to the most dramatic drop in violent crime in the nation’s modern history. Throughout that time, gun ownership actually increased dramatically showing that there is no correlation between gun ownership and violent crime. Rather, it is all about whether you aggressively enforce the laws or not.

You can expect all of this to fall on deaf ears, though. The woke are far too ingrained in the power structures of these Democrat areas, and the last thing they are going to do is admit they are part of the problem. Instead, we’ll get more virtue signaling about gun control (when current laws aren’t even being enforced) and allegations that the police are the real problem.