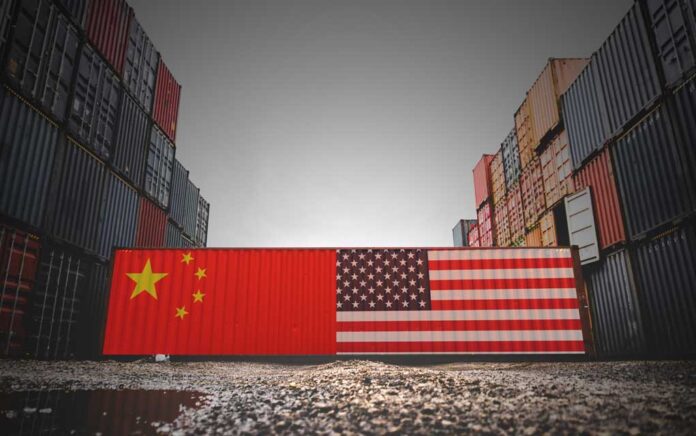 During his first six days in office, Joe Biden has already signed 37 executive orders. We are not sure how many of these orders are actually going to help with the pandemic, though. There is one order, in particular, that is vexing to those who are wondering what comes next. Now, he is telling people that calling the virus a “China virus” is actually illegal.

How is this going to help anything? It’s more of the same hollow virtue-signaling that the Democratic party knows and loves. CBS has more about this latest development. “The Biden executive order is also expected to direct federal agencies like the Department of Health and Human Services (HHS) to examine whether there are xenophobic references like “China virus” in any existing policies, directives, or government websites published by the Trump administration,” they report.

It’s just another attempt to play the “we’re not Trump, we swear!” game. That’s all this has ever been for Biden. Never mind the fact that they are going to be engaging in many of the same practices that they claim are Trump era inventions. Just ask those who truly pay attention to the deportation policies of former President Obama.

The same people who have spent the last four years yelling at Trump about every little move that he makes are sure going to be sad when they realize what the Democrats are all about. These next four years are going to weed out all of the folks who never paid a darn bit of attention to politics until they all had a common enemy to rally themselves against.

That’s the “resistance” for you. They are not worried about right and wrong. Their sole concern is making sure that everyone knows how woke they are. This is the mentality that got Joe Biden into office. No one cared about what was really going on, it’s all about the aesthetics. We would expect nothing less from a party that thinks kente cloth is a substitution for true progress.

In addition to the kente cloth, they are now apparently dead set on putting Harriet Tubman on the $20 bill. Symbolic progress at the expense of all else is the order of the day and the next four years. As for his “China virus” nonsense, we are unsure how Biden is going to go about enforcing that. Is everyone who says it online going to be ushered into a room for a great big talking to?

If he keeps messing around like this, people are going to name the virus after him. He’s playing with fire, as Americans are still waiting to see him get the virus under control. Instead, he is more worried about what people are calling it. Joe will get some priorities someday but that day is not today, apparently.

This is what conservatives were predicting once he came into office. He sat down, issued dozens of executive orders, and has yet to make any meaningful progress on anything. The Chinese must be so happy. Biden could not be making it more clear that they are free to do whatever they want and that there will be no consequences for their actions.

They have been probing for a reaction ever since Biden set foot in the White and they are not going to get one. Sleepy Joe seems content to let the Chinese do as they please and no one can do much about it. This is going to be a welcome change for them. The previous president had forced them to remain on their P’s and Q’s.

That is not going to be a problem that they experience going forward. Give Biden another day or two and he will claim that white privilege is responsible for the virus or something along those lines. It’s clear to see who is he pandering to at the moment and we do not expect that to change meaningfully anytime soon.