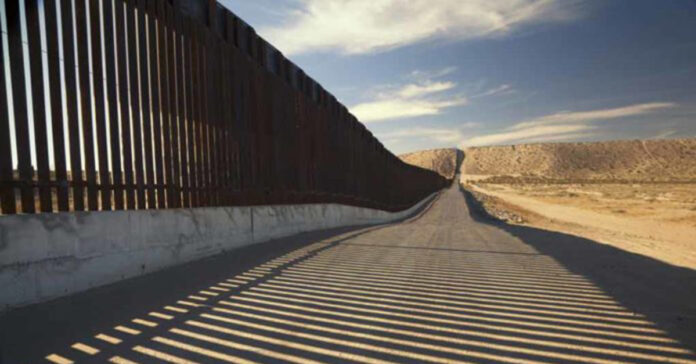 Texas Attorney General Ken Paxton has the distinction of having brought and won the first case against the Biden administration and one of President Joe Biden’s first orders.

“David Pekoske, acting Homeland Security secretary, issued a directive on Jan. 20 directing authorities to focus on national security and public safety threats as well as anyone who was taken into custody after entering the U.S. illegally after Nov. 1,” The Epoch Times reported.

That order was contested by Paxton and the state of Texas who were eventually successful. According to The Seattle Times, “Texas Attorney General Ken Paxton argued that the moratorium violated federal law as well as an agreement Texas signed with the Department of Homeland Security late in the Trump administration. That agreement required Homeland Security to consult with Texas and other states before taking any action to’“reduce, redirect, reprioritize, relax, or in any way modify immigration enforcement.’”

The Biden administration fought hard to keep their ban in place, honoring the president’s campaign promises, that he would consider the wellbeing of illegal immigrants, no matter the cost.

Paxton rejoiced over the victory saying on Twitter, “Texas is the FIRST state in the nation to bring a lawsuit against the Biden Admin. AND WE WON.”

Texas is the FIRST state in the nation to bring a lawsuit against the Biden Admin.

Within 6 days of Biden’s inauguration, Texas has HALTED his illegal deportation freeze.

*This* was a seditious left-wing insurrection. And my team and I stopped it.

“Within 6 days of Biden’s inauguration, Texas has HALTED his illegal deportation freeze. *This* was a seditious left-wing insurrection,” the Republican said. “And my team and I stopped it.

Homeland Security’s pause to the deportation policy gave a view into what the Biden Administration considers to be the crucial issues regarding legal versus illegal immigration:

“This memorandum directs Department of Homeland Security components to conduct a review of policies and practices concerning immigration enforcement. It also sets interim policies during the course of that review, including a 100-day pause on certain removals to enable focusing the Department’s resources where they are most needed” DHS’s memo stated.

The policy that has since been stopped by Paxton and the state of Texas was sent in an effort to be “Department-wide guidance, applicable to the activities of U.S. Immigration and Customs Enforcement (ICE), U.S. Customs and Border Protection (CBP), and U.S. Citizenship and Immigration Services (USCIS).”

While the Biden administration has shown their proclivity toward making the most liberal (and continentally untested) voters and politicians happy, the state of Texas is traditionally not only a red in its policies but firm in its application of common-sense legislation. Much to the chagrin of many a liberal, Texas has continually tested the metal of new ideas against it’s practical real-world applications, and if there’s one thing Texans know a lot about, it’s being invaded by our neighbors to the south. And as Mr. Paxton so eloquently told the court:

“In one of its first of dozens of steps that harm Texas and the nation as a whole, the Biden administration directed DHS to violate federal immigration law and breach an agreement to consult and cooperate with Texas on that law. Our state defends the largest section of the southern border in the nation. Failure to properly enforce the law will directly and immediately endanger our citizens and law enforcement personnel,” said Attorney General Paxton. “DHS itself has previously acknowledged that such a freeze on deportations will cause concrete injuries to Texas. I am confident that these unlawful and perilous actions cannot stand. The rule of law and security of our citizens must prevail.”