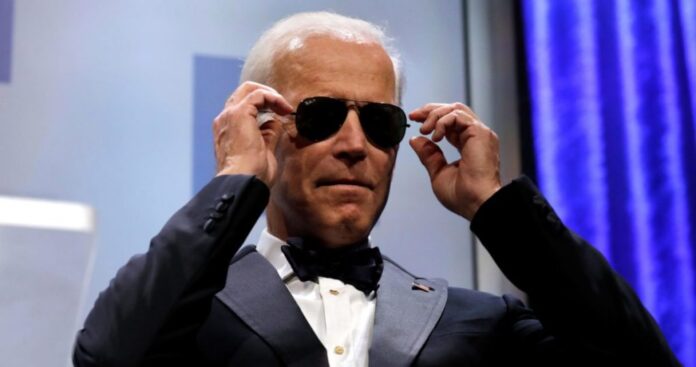 Republicans, it is time to give the Democrats some small measure of credit. The Secret of Citizens United has finally been figured out. Fox News and Bloomberg have reported about Joe Biden’s massive advantage when it comes to “dark money”. In fact, these reports claimed that Biden claimed a record-setting advantage.

When Megan Henney of Fox reported on the matter, she leaned heavily into the hypocritical aspect of this. Biden accepting these monies goes against everything that he claims to stand for.

“For years, Democrats have railed against anonymous campaign contributions as a uniquely corrupting political force — even as President Biden benefited from a record-shattering amount of “dark money” donations during the 2020 election. A report published by Bloomberg News shows that Biden raked in about $145 million in donations from anonymous donors to outside groups backing him, far outstripping the $28.4 million spent on behalf of his rival, former President Donald Trump. It also tops the previous record of $113 million in dark money donations spent on behalf of Republican presidential nominee Mitt Romney in 2012,” Fox News reports.

This is not all, either. Biden had his hands out in every direction, taking dark money from anyone who was willing to shovel it into his coffers.

“For instance, Priorities USA Action Fund, one of the most prominent Democratic super PACs supporting Biden, used $26 million in funds originally donated to its nonprofit arm, called Priorities USA, to back the then-candidate, according to Bloomberg. The donors of that money do not need to be disclosed. Critics of dark money, which obscures the source of the funds, argue that voters should know who’s funding political advertisements and campaigns. The Campaign Legal Center, a nonpartisan group, has called it a ‘serious threat to our democracy,’ and Issue One, another nonpartisan group that aims to reduce the influence of money in politics, has called it ‘the most toxic force in politics.’ Although Democrats have previously introduced legislation to crack down on dark money donations, it did not stop them from accepting anonymous donations themselves as they fought to defeat Trump,” Fox News concludes.

It is easy to see what has happened here. First of all, the Democrats decided that they needed to beat Trump at all costs. That meant taking money from anyone who was ready to offer it up.

Secondly, they lost the Citizens United battle and elected to change their tune. They have since adopted an “if you can’t beat them, join them” attitude. This approach was smarter than most realize.

The Democrats are now playing by the same rules as their opposition and while you can quibble with the hypocrisy aspect of it, the outside money was a mere drop in the bucket anyhow.

Biden and company were able to raise $1.5 billion and dark monies accounted for less than 10 percent of that total. Biden may love the phrase “uniquely corrupting” but it is hard to see how when the donors have remained anonymous.

Dark money donors are not going to be appointed to a cabinet, they are not going to have any say over policy decisions and the Republicans are unable to point a finger because they engage in the same activity.

All of the chatter about these monies is not going to go anywhere productive, as neither party can claim to be the voice of reason in this department. Once the Democrat hypocrisy has been pointed out, there’s not much left to discuss. The dark money spigot is not going to be shut off by either party anytime soon.

This is a dark victory for the Democratic party but we all saw it coming. Their desperation to beat Trump guided their decision making to a degree that may have even caught them by surprise.

Neither party is going to be paying too much attention to the other unless someone is willing to publicly accept non-anonymous funding from a truly unsavory source. We hate to be the bearers of bad news but no one is that dumb.