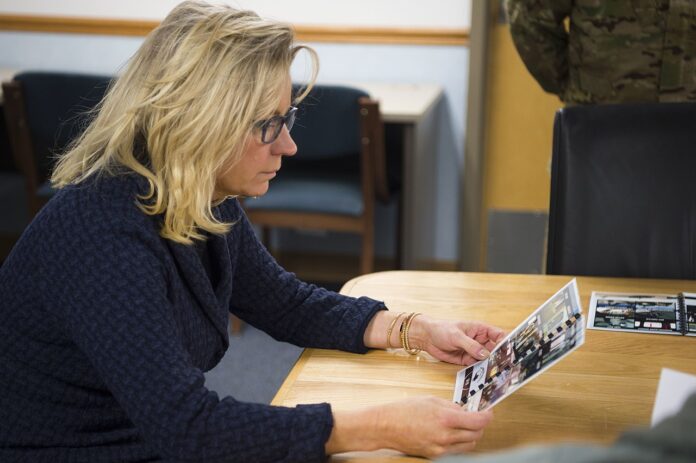 There’s supposed to be at least a little division in the country. It’s the nature of a two-party system. Republicans are the realists while the Democrats are the dreamers.

We’ve already seen what happens when there’s a division inside of a party. The Democrats are clearly two parties attempting to masquerade as one. Really, they’re comprised of Democratic Socialists and Democrats. And their obvious clash on how the country should be run is becoming a problem.

The last thing that anyone needs is to be divided like that within the Republican party. At the very least, we have to agree that we’re working toward a common goal.

Liz Cheney, however, isn’t being true to her party. She’s a traitor. She’s concerned about getting the votes for her re-election instead of doing what’s needed to keep her country out of the hands of socialists.

She voted in favor of impeaching Donald Trump…right along with the Democrats.

Does she get to continue with her role as Representative without any kind of confrontation? Absolutely not.

After all, that position is designated for people who are truly and dutifully committed to the Republican Party. Liz Cheney is not.

Gaetz has decided that it’s imperative to travel to her home state of Wyoming. He’s hosting an event outside the state capitol to call for removing her from the leadership position. During an interview last week, Gaetz said that she spit into the eyes of tens of millions of Americans through her actions of “embracing the language and the arguments of the radical left instead of the America First movement.”

Cheney may have to say goodbye to her future in politics. She voted against her party in one of the most epic decisions. The impeachment of Trump over “inciting an insurrection” was frivolous and everyone on the right knows it. The liberals simply wanted yet another way to stick it to Trump on his way out.

The Wyoming Representative holds strong that she did the right thing, saying that she voted with her conscience and that she’s not going anywhere.

She claims that there are different views within the Republican conference. That very well may be true. However, there’s also something to be said about unity. One thing the Republican party should have been united on is that Trump didn’t incite an insurrection. He never told anyone to storm the Capitol Building or to cause harm.

Gaetz isn’t alone in his attempt to kick Cheney from her spot. There are many other House Republicans who want to see her gone. Someone who would allow the liberals to make such a disgusting display to impeach Trump again is not someone who is a true Republican.

The GOP has some important work to do in the next four years while Biden is in the office. The liberals have only a small majority – and there are many who have a moderate leaning who won’t vote with the socialists. This means that there’s the possibility of gaining momentum – but only if there aren’t people like Cheney who say they’re Republican only to side with the Democrats.

Even if Gaetz doesn’t get his way to kick Cheney off the committee, her days may still be numbered. State Senator Anthony Bouchard of Wyoming has said that he’s planning on challenging Cheney for the sole House seat in the state in the 2022 primaries.

GOP organizations across the state are censuring Cheney for the way in which she voted.

A message is being sent that is loud and clear. Republicans who want to play with the progressives need to be extremely cautious. There’s no room for two parties hiding inside of the GOP. Either vote with your party or change your party to play with the Democrats.