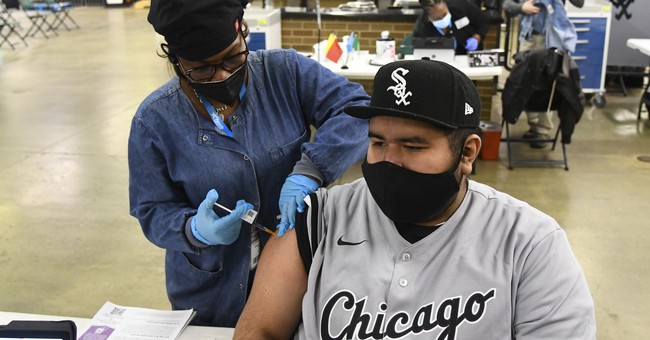 The hard left has been fervently trying to convince the American public to accept the idea of a mandatory vaccine policy. By attempting to play on people’s emotions, they hope that they might be more amenable to the idea of the state forcing people to take the injection.

Activist media outlets have run op-eds and reports attempting to sell their audience on the idea of supporting vaccine mandates. CNN, the New York Times, the Washington Post, and several other outlets have contributed to the effort.

Dr. Anthony Fauci, who has been spending much of his time taking verbal floggings from Sen. Rand Paul, also called for vaccine mandates at the local level. During a recent interview with CNN’s Jake Tapper, Fauci said:

Why are we having red states and places in the South that are very highly ideological in one way not wanting to get vaccinations? Vaccinations have nothing to do with politics. It’s a public health issue. It doesn’t matter who you are.

However, despite the best efforts of the Democrats and their fellow devotees of Covidism and adherents of Maskianity, the American public does not seem to be on board with the idea of mandating vaccines. A Trafalgar Group poll revealed that the vast majority of Americans reject mandatory vaccines.

What’s even more interesting is the fact that a majority of both Republicans and Democrats rebuff the mandatory vaccine proposal. Among Democrats, 58.7 percent stated that taking the vaccine should be a “personal choice” as did 87.3 percent of Republicans.

In a written statement, Mark Meckler, President of Convention of States Action wrote:

These numbers reveal that hundreds of millions of social media messages, a constant stream of propaganda from the press, paid TV and radio ad campaigns coast-to-coast, daily hammering from Biden Administration officials, and cajoling from influencers and celebrities on every possible communication platform are having one profound effect on the public. It’s all backfiring.

Meckler continued, pointing out that “Americans have never taken kindly to being told what to do.”

Not surprisingly, Meckler appears to be right. Despite the full-court press that the hard left is engaged in, the American public does not seem interested in Uncle Joe Biden forcing them to get the jab. The Democrats have pushed for a variety of methods to compel the inoculation. They are supporting the idea of “vaccine passports” and have encouraged private companies to require their employees to be vaccinated.

The state of New York recently announced that it would require either vaccination or weekly testing for the coronavirus for city health workers. It seems that blue states are attempting to inch closer to an actual vaccine mandate. However, given the fact that even most Democrats are not in line with this way of thinking, they might have a difficult road ahead.

But there is an aspect of this story that is worth acknowledging. With all the culture battles going on at the moment and the hard left ardently trying to inject its radical ideology into American society, isn’t it at least a bit encouraging that most of us are not willing to allow the government to assert the level of control that the likes of Biden and Fauci would like?

People on both sides of the political divide seem to recognize the importance of keeping the government out of our personal lives and yes – our bodies. They realize that the state should not be given the authority to force us to place a substance in our bodies – especially when we are not sure if it’s right for us.

Indeed, for some, it makes sense to refuse the inoculation depending on their age and health. It can be no wonder, then, that people would believe that taking the jab should be a matter of “personal choice.” Perhaps this particular poll demonstrates a hopeful reality: Maybe America is not too far gone…yet.