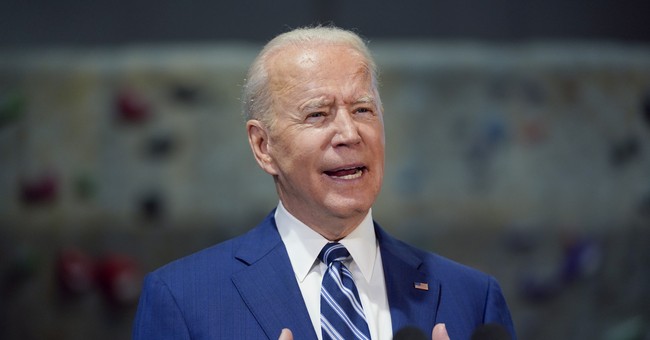 As we reported earlier, Joe Biden’s CNN town hall did not go well.

He completely lost his mind, talked about aliens, praised Xi Jing Ping, and told several lies. But other than that, great job!

But one lie he told was just so shocking, in light of what we know, it deserved to be highlighted with a post all its own, for how breathtakingly false it was.

Biden has spent months focused on pitching vaccinations. Despite that, he failed to meet his vaccination goals.

But when he spoke about vaccinations on the town hall he said something shockingly untrue. Talk about misinformation. This is a big honking example of that, right here.

How does he not know this is completely untrue?

Hello, Twitter Support? Facebook? Can we flag this guy already? When can we expect the banning? His rules. Of course, the problem is that if he were a Republican, he’d probably already be banned. But because he has the magical “D” after his name, he likely has a “misinformation is free” card. You get banned if he flags you, but he never gets banned for misinforming and lying to the public.

Not only is it a blatantly obvious lie, but especially because we just found out in the last couple of days, that six of the runaway Texas Democrats infected a White House official and a Pelosi aide. All the people claim to have been fully vaccinated. Plus Jen Psaki admitted that there have been other “breakthrough cases” at the White House — meaning people who had been vaccinated yet tested positive for the virus anyway. And there are all kinds of these cases stacking up now. Don’t they tell him anything when they hide him in the basement? Or has he completely missed everything, even what Jen Psaki is saying?

He compounded the lie with this statement, saying it wasn’t a pandemic for the vaccinated.

Well, that will come as a surprise to the Texas Democrats and his own White House officials who were vaccinated, yet still got it. It’s still a “pandemic” to them.

Even CNN’s Daniel Dale had to call it out, it was such an obvious lie.

When even CNN has to bust him, you know it’s bad.