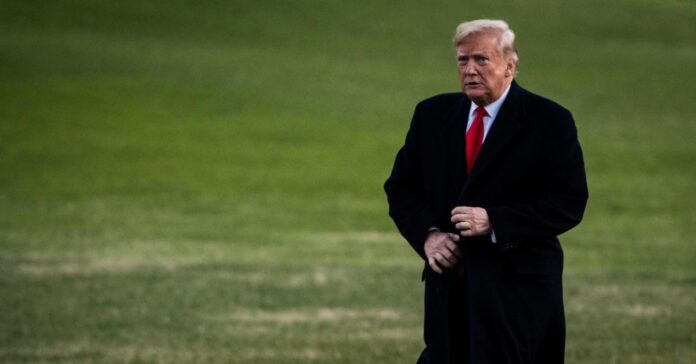 Roughly 75-million American citizens voted to keep Donald Trump in the Oval Office. With the fairness of the election falling under intense scrutiny, the figure may have been higher, but we’ll never know. For good reason, the Democrats were too eager to push ahead before the truth could be uncovered.

And now, if Trump’s second impeachment trial should prove successful, he will be barred from ever holding public office again in any capacity. The Dems are trying their hardest to drive a stake through his heart and their guns are blazing.

One by one, Republican Senators are beginning to stand and voice their objections to the trial. Not wanting to jeopardize their own careers some of them needed to mull things over, but all but five have now decided to do the right thing by trying to stop the nonsense.

But lets for one brief moment assume that the liberals end up pounding their oversized gavel while squealing with delight. They may be under the false assumption they’ve won, but not so fast…

Do you remember when Trump first introduced his cockamamy southern border wall idea? America gasped. But as he kept talking about it the idea started sinking in and making better sense and we went with it.

But that’s just Trump. He’s an outlandish thinker and sometimes a person needs a moment to grasp his concepts.

Well, here’s another outlandish thought to consider should the Dems get their way. This isn’t even Trumps’ idea, though it does belong to his longtime friend, associate, and highly-prized confidant, Christopher Ruddy, the outspoken CEO of Newsmax.

Ruddy said this will free his friend up from the restrictions that the American political system would place on him, and in his eyes, it’s no big deal. There are much bigger fish to toss in the skillet. Trump could then run for “president of the world.” And why not?

In a recent interview with Greg Kelly on his own station, Ruddy was asked what Trump meant by saying he would return “in some form.” It sounded sort of eerie.

Ruddy answered with, “I see him staying very active, politically being a great political and media force. My view on Donald Trump is he was president of the United States, now he can be president of the world. He can really go all over the world.” He was deadly serious, and Ruddy isn’t just some drunk in a bar spouting nonsense.

As if the majority of clear-thinking patriots are not already aware, Ruddy harped on how the former president never received proper credit for the role he and his administration played in enacting peace agreements with and between foreign nations.

“He could be a valuable resource to the United States as a peacemaker around the world,” Ruddy said. He also added that even if Trump were allowed to, it is highly unlikely he will ever run for the presidency again.

“I certainly would support him running again in 2024, I’m not sure he’s gonna be quick to pull the switch on that,” he said. “You know one of those things I think he’s gonna realize when you’re post-president you got a lot of the perks of being president, you have the access to the media stage, not only in the U.S., but around the whole world, and he’s gonna have no restrictions.”

The megaphone is certainly there should Trump choose to pick it up, and there isn’t one single worldwide news source that won’t be scrambling to get in on the action. Clever. Don’t you think?

“I mean every time he said boo someone in Congress was opening an investigation against this guy,” Ruddy said. “He was one of the most monumental single-term presidents in history.”

Ruddy struck a point by saying how many Biden voters are going to experience buyer’s remorse when their taxes start going through the roof. He also drove home the fact that there would be no coronavirus vaccine had it not been for Trump investing billions of dollars in research.

Is Ruddy correct? Does he know something that we don’t? Many might view his thoughts as a hallucinogenic pipe-dream, but to them, we must ask. Remember the insane wall idea?