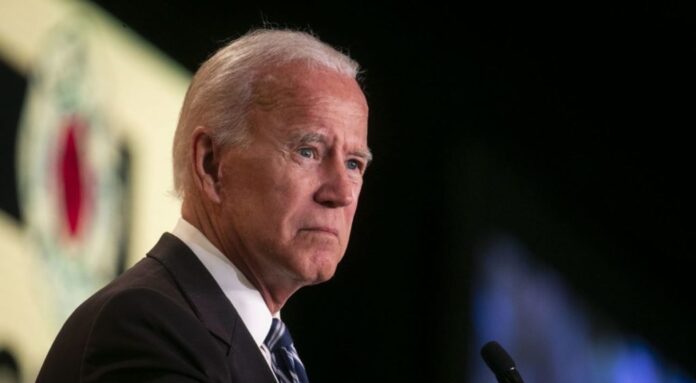 They tell us that abortion radical President Joe Biden is a practicing Catholic. A radical on abortion, Biden attends mass daily. He invokes scripture in speeches. Biden is devout and observant so they say…

President Biden is perhaps the most religiously observant commander in chief in half a century. A different, more liberal Christianity grounds his life and his policies. https://t.co/G27AWibfSe

If Biden is such a religious man, then why is the death cult Planned Parenthood celebrating their new “champion in the White House?”

Beware of the wolf in sheep’s clothing when abortion radical Joe Biden protests his faith.

The ancient story of The Wolf in Sheep’s Clothing comes from the fables of the Greek slave Aesop. The wolf, dressed as a sheep, sneaks into the flock and devours many lambs. The shepherd discovers the wolf and kills him. The moral of the story: a person’s true nature will reveal itself despite their disguise. And so it is with Joe Biden.

Abortion radical Joe Biden’s extreme pro-abortion agenda is bent on undoing four years of historic pro-life progress over the past decade and under President Trump.

The Left is crazed sick and frothing at the mouth wanting to slam America’s abortion factories into overdrive. Joe Biden’s first moves in office are attacking the unborn.

After four years of the Trump Administration’s pro-life victories: it is worth remembering that President Trump appointed pro-life judges, defunded Planned Parenthood, stopped taxpayer funding of abortion overseas, canceled contracts for horrific Democrat government-led harvesting of babies’ body parts, signed an executive order protecting infants born alive, the first president to speak at the March for Life, and clarified that abortion is not a civil right.

LIFE HAS RIGHTS, TOO.

There’s a reason that the pro-life movement is winning in America: BECAUSE LIFE MATTERS.

DAY ONE of a new White House tells you a lot about a new U.S. President and their Administration. The China Virus has ravaged the United States for a full year – on his first day Joe Biden did not address solutions for the Coronavirus and instead stopped construction of the wall, seizured with crazed sickness for abortion, and moved to feed terrorists into America and are therefore sponsoring terrorism.

The Radical Left’s enslaved sickness to abortion has the fervency of an Aztec sun god blood sacrifice. Civilized people use goats. The Radical Left Democrats and Joe Biden are possessed with a radical abortion mission to abort children up to live birth, as in the case of Vice President Kamala Harris. Beware of getting in the way of the Democrats’ death cult obsession.

The Democrats claim to stand for the little guy (while standing on your neck), but are in fact a perverted blood cult hellbent on preying on the innocent and killing off babies.

Is Joe Biden even Catholic? San Francisco Archbishop Salvatore J. Cordileone said on January 21 that when they vote, Catholics must weigh many issues of very grave moral consequence “in good conscience,” but “no Catholic in good conscience can favor abortion.” If Joe Biden is a Catholic it is in name only. By the way, it’s nice to know they still have religion in San Francisco.

During his second week occupying the White House, President Biden is ramping up his evil pro-death abortion agenda by repealing the so-called “Mexico City policy” that bans the funding of abortions overseas with taxpayer money.

During a recent press conference, a reporter from EWTN Global Catholic Network reporter asked White House Press Secretary Jen Psaki about Biden’s position on the Hyde Amendment and the Mexico City Policy, both of which are “two big concerns for pro-life Americans.”

While the Mexico City policy restricts taxpayer funding of abortion abroad, the Hyde Amendment bars the use of federal funds to pay for abortions domestically in the United States under most circumstances.

What does Biden plan to do on these two key pro-life issues, the reporter asked.

In an attempt to hide the Biden Administration’s malevolent anti-life agenda, the smiling press secretary filibustered, with a knife wrapped in sheep’s wool: “I will just take the opportunity to remind all of you that he is a devout Catholic and somebody who attends church regularly. He started his day attending church with his family this morning but I don’t have anything more for you on that.”

Abortion radical Biden might attend church but he is controlled by the Democratic party infant death cult.

One week later, Biden is repealing the Mexico City policy by executive order, which will trigger $9 billion in U.S. foreign aid to promote abortions overseas.

How long it took for the Biden Administration to reveal their true nature.

Biden’s move to fund abortions overseas shouldn’t come as a surprise, but as a grim reminder of how out of line the Radical Left driving the Biden Administration is from the majority of America.

Abortion radical Biden and panting death cultists in the Democrat Congress have craved this opportunity to slam through their radical abortion agenda. It is imperative the pro-life movement stands up to voice their support for life and secure pro-life victories from the past decade.

This time around Joe Biden’s radical abortion agenda will have to answer to the majority of Americans who support life.