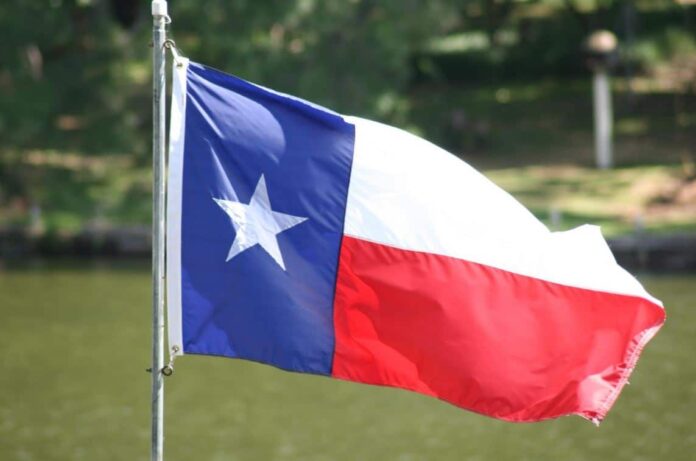 Texas Democrats are still Texans. It’s a truth that many struggles with on a daily basis. Much of this anxiety is due to the tenets of the Democrat party running contradictory to the very things that Texans hold dear.

Without boring you with the details you no doubt already know of Texas’s former status as a nation, the fight for independence against Mexico, and the ideology that has risen from the “Friendship” state.

Texas Democrats in the House of Representatives, however, are about to be in for an unfriendly surprise when they get arrested for walking out on their responsibility to vote on a voter integrity law that was before the legislative body this week.

House Republicans, aka, all that was left after Dems staged a walkout, voted to send law enforcement to track down and return their wayward colleagues and come back to vote on the controversial bill, that they didn’t believe they had the votes to stop. Leaving was their only “way out” because of the minimum requirement of representatives needed to hold the vote.

The lawmakers voted 76-4 to issue a “call of the House” that directs the “sergeant at arms, or officers appointed by him, send for all absentees … under warrant of arrest if necessary.” As The Texas Tribune noted, that “The impact of the House move is unclear since Texas law enforcement lacks jurisdiction in the nation’s capital.”

50 of the lawmakers took flight and went to Washington D.C., much like a petulant child who doesn’t want to face a group playing a game they don’t think they can win at.

The group of would-be saboteurs released a statement Monday saying “Today, Texas House Democrats stand united in our decision to break quorum and refuse to let the Republican-led legislature force through dangerous legislation that would trample on Texans’ freedom to vote.

“We are now taking the fight to our nation’s Capital. We are living on borrowed time in Texas. We need Congress to act now to pass the For the People Act and the John Lewis Voting Rights Act to protect Texans — and all Americans — from the Trump Republicans’ nationwide war on democracy.”

This action from Democrats after Texas Gov. Greg Abbott (R) called a special session in an attempt to pass the legislation that Democrats previously blocked in the Texas legislature.

During an interview on Fox News on Monday, Abbott vowed to hold “special session after special session because over time it is going to continue until they step up to vote.” He also warned that the Democrats who left the state would be arrested upon their return, “Once they step back into the state of Texas they will be arrested and brought back to the Texas Capitol and we will be conducting business.”

Texans have been bogged down with the weight of voters from other states moving to Texas looking for lower taxes and a better environment for their families. They have followed that with their appreciation in the form of ushering in the same progressive regimes that made their previous homes untenable.

If behavior depends on its consequences both the liberal voters and the representatives they put into office are likely in for a big surprise and a change in trajectory after Abbott and other Republicans are done with them. Either the state gets straightened out to remain the haven for commerce and freedom so many have come to know and love or America once again gets a front-row seat to what succession looks like.

“Texit” isn’t just an idea, it’s the ace card every member of the Lone Star State carries in their back pocket, knowing that having done it once, it could be done again. And in some cases, possibly must be done.