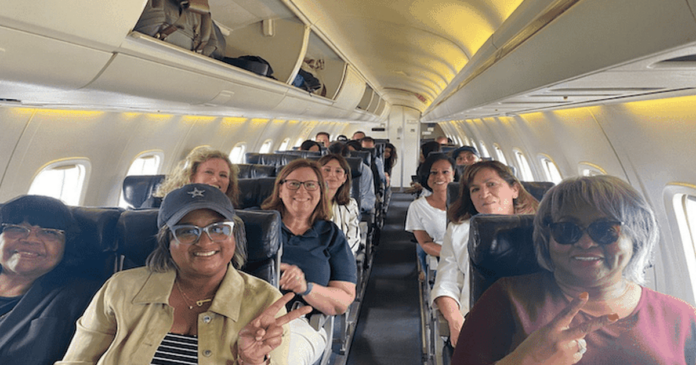 In today’s episode of “you can’t make this stuff up,” three Texas House Democrats who fled their state to stall a voter integrity bill have tested positive for COVID. Because all three are vaccinated, it’s likely they caught the Delta variant, given its propensity to cause break-through cases.

There are something like 60 Democrats who fled, so the extent of the breakout is likely to be much larger, as more tests are administered.

Given Texas Democrats have harshly criticized Greg Abbott’s handling of the pandemic, including his lifting of the mask mandate and business restrictions some months ago, there’s some serious irony involved in seeing these people flee to Washington, D.C., only to seemingly get the virus there. To cover all the bases, I will note that it’s possible they had it before they left.

Pictures of the group’s private charter went viral when they first left Texas.

I’m trying really hard not to laugh at this. Maybe running off to D.C. to execute a political stunt in an attempt to stop a bill that expands early voting wasn’t such a great idea? Further, everyone from Congressional Democrats to the vice president herself have been in contact with these people in order to try to make political hay out of the issue. All those people were presumably exposed to the COVID-positive Texas lawmakers. We may actually have ourselves one of those super-spreader events the media are always talking about.

With all that said, I’m seeing a lot of Republicans try to dunk on these Democrats by noting that they weren’t wearing masks on the plane they took. That’s a bad premise to be accepting. We’ve had multiple studies show that masks do not work. Past that, the real-world data clearly shows they don’t make a marked impact on slowing the spread of COVID.

I say that to say that dunking is fun, but Republicans should also be cognizant of not pushing a false contention in doing so. These members did not get COVID on that plane (or elsewhere) because they didn’t wear a mask. They got COVID because the Delta variant has a high break-through rate in regards to the vaccine. Still, in those cases, the vaccine protects against serious illness.

In the end, these people will almost certainly be fine. What won’t be fine are their egos. After a week of sniping, singing, and Twitter hot takes about saving democracy, their trip has now been overshadowed by a COVID outbreak that was preventable had they just stayed home and done their jobs.