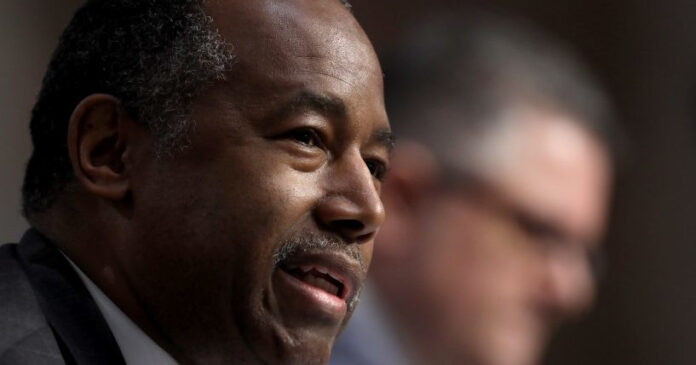 If someone told you that an iconic and renowned neurosurgeon was finding new ways to save the world and particularly the most innocent among us, from damage and destruction, you’d probably brush my comments off, saying you don’t have time to read about your favorite television doctor (who by the way, never have to die, they’re just messing with us).

But the icon in question is very real, and he’s not had the kind of breathtaking rise to notoriety that could spark more than one epic novel, he’s also moved on to conquering politics as well, making headlines as a presidential candidate and eventually heading up the nation’s Housing and Urban Development. Dr. Ben Carson may be one of the least flashy individuals in politics today, but I would argue that he’s one of the most iconic, and uniquely equipped to warn about the evils of the critical race theory movement sweeping the nation.

For you see, CRT is based on the ideology that people of color should have special considerations because they’ve suffered injustice throughout their life. The people of color who stand up to that ideology are called a number of things, from “Uncle Tom” to brainwashed, to feeble to racist (against their own race, somehow).

Carson, however, who should have been the poster child for the victim complex being foisted upon children today, believes that the victim theology is so incredibly bad that it’s going to burn Democrats for even being associated with it.

The doctor-turned-political figure said of the left in an interview with Fox News’ personality Dana Perino that “This will sound funny, but I’m kind of glad they are doing it,” when referencing CRT in schools today according to Independent Journal Review.

“They’re pushing it so hard it is waking people up. We were sort of like the frog in the saucepan slowly being cooked and now they turned the burners up and people are saying ouch and getting active. That is going to help us as a nation.”

Carson’s positivity is matched only by his understanding of the grave nature of the problem facing American kids today. The good doctor cited a former communist leader saying, “Lenin said, ‘Give me your children to teach for four years and the seeds I plant will never be uprooted,’” Carson said. “What they are trying to do is actually indoctrinate the kids. This is not a new thing. This has been going on for a while.”

The man, a product of everything that progressives say is plaguing children of color today, bashed the product of a curriculum that holds no one responsible, such as the “1619 Project,” saying they’re the basis of so much harm making the rounds in the United States today:

“I think we saw the fruits of it last summer in Portland and Seattle. These are people who are coming to age who have been taught to hate the United States of America and a lot of it is based on slavery.

“The 1619 Project, many of the things and critical race theory. Everything looking at race and going back to race and making the children think that that’s the primary indicator for success or failure in their life.” The doctor then went on to get to the heart of the problem with ideologies such as CRT saying, “it is interesting because we are a Judeo-Christian foundation nation,” Carson said. “What does the Bible say? ‘Man looketh on outward appearance but the Lord looketh on the heart.’

Carson questioned, “Isn’t that the same thing that Dr. King was saying? Judge people on the basis of their character, not their external characteristics. So they are really turning a lot of our foundational beliefs on their head.”