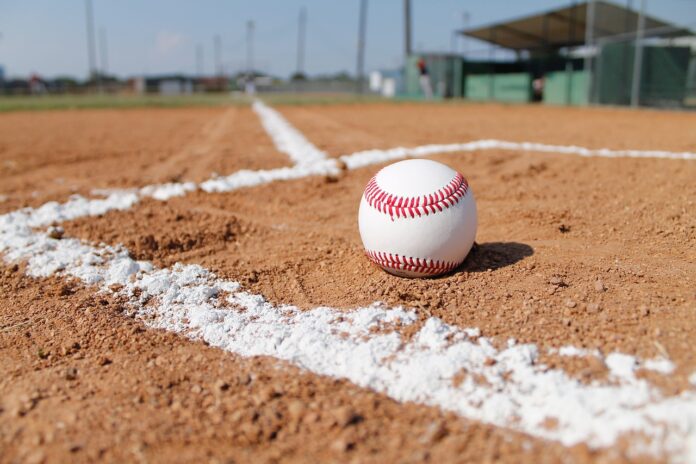 As you likely know, this week was Major League Baseball’s most significant of the year, holding both the Home Run Derby on Monday and the All-Star Game on Tuesday. And while Midsummer Classic itself wasn’t too out of the ordinary, a couple of the ads playing during the games most certainly were.

If you watched the games, either in person or via FOX, they would be hard to miss, as both were a direct hit meant to dot the eye of MLB Commissioner Rob Manfred and the Democratic Party as a whole.

Both ads in the discussion were about the much controversial move of the games themselves by Manfred from Atlanta, Georgia, to Denver, Colorado. The April decision was made to boycott the recent passing of election integrity laws in Georgia, such as requiring a photo ID at voting polls and applying for an absentee ballot.

According to the Democrats and apparently Manfred, the laws are supposedly racist, particularly to black communities, even though most black community members don’t have a problem with the laws and actually even support them.

And so Manfred moved the game, taking his games and the estimated $100 million in revenue they would bring in from a state willing to support such supposedly abhorrent laws.

The ad made by the RNC features former Georgia state Representative and Baptist minister Melvin Everson and brutally attacks Manfred and MLB’s decision in epic fashion.

As Everson says, “This was supposed to be Atlanta’s night. But we were robbed. Democrats stole our All-Star Game to push their divisive political agenda.”

This, of course, refers to the fact that Atlanta is widely known to be a municipality of major diversity, with a population that is well over 50 percent black American. Naturally, the estimated $100 million the games brought in would have served the community well, much of it ending up in black communities and black-owned businesses.

And yet, thanks to Manfred’s decision, that money will now be given to white-owned businesses in a city that is only 9 percent black and 75 percent white.

As Everson says in the ad, “Politicians and corporations lie, while black communities got hurt the most, even though a majority of black voters support laws like voter ID. To Democrats, it’s just a game. But we’re the ones who got played”

The second ad only adds to this embarrassingly foolish decision but points more specifically at politicians, particularly those like the Atlanta boycott supporting Sen. Warnock, who is supposed to be representing and helping the communities of Georgia and not hurting them.

In this ad, over a series of baseball scenes, the narrator explains just how much of a boon to Georgia’s economy the Midsummer Classic would have been. And, like the first, goes on to note that those gains have now been stolen by the very voices who are supposed to protect Georgia.

It says, “Baseball’s Midsummer Classic, the All-Star Game. A $100 million boost to Georgia’s economy, until the radical left crowd took it all away. Senator Warnock’s voice cost Georgia $100 million.”

And the ad isn’t wrong.

Can you imagine being elected to serve the people of your home state and community, and yet, as one of your first major decision, you voice support of moves that only hurt them? No wonder Georgia and people like Everson feel betrayed.

Warnock and the Democratic Party claim that they care about black communities swear that they want to bring more diversity to our nation and more inclusivity. And yet, time and time again, they continue to support decisions like the MLB move to Denver, only hurting those they’ve promised to stand up for.

Only time will tell just how effective these ads are in bringing the light of day to the Democratic Party’s hypocrisy. But one thing is sure; it can’t be a good look for either the party or MLB.