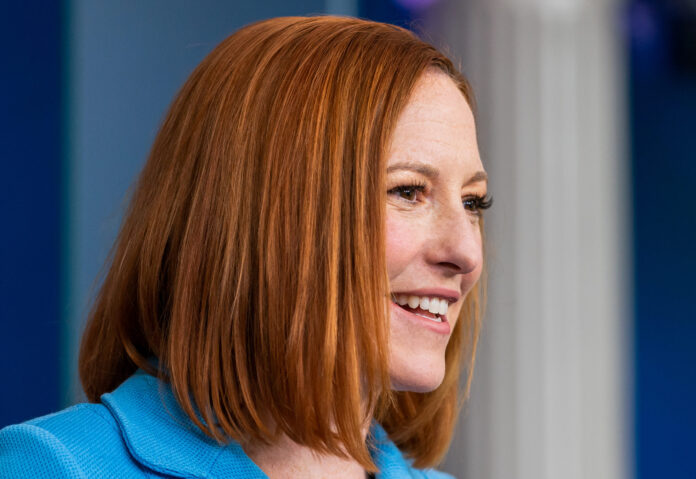 Jenn Psaki is the latest liberal to stick her neck out on the chopping block daring someone to take a swing. First, it was Twitter that started the rumor that COVID-19 was the reason for all the unrest. But that story was soon debunked by videos circulated and was quickly removed by the communist regime. And then comes along Psaki pushing another fake story to get attention from the horrors of the type of government her boss wants for America.

The latest lie coming out of the White House describes Cuba’s unrest as being related to “economic mismanagement.” All of the starvation and oppression are related to lousy money skills, according to Psaki. According to her story, COVID-19 was not the real reason. It was because their government wrote a few bad checks, and now all-of-a-sudden people are starving and dying in the streets.

Nothing the White House announces makes any rational sense. People do not jump into starvation overnight. It takes time for things of society to get as bad as they are in Cuba. Psaki and her boss want to divert attention away from the real reason for all the horrors of living under communism.

History is full of examples of countries that fell because of their communist leaders. Russia’s past is full of communism, and when it fell, it lost much of the land it had acquired by force. And now Cuba is feeling the pressure of the evil they have lived under for decades.

Aside from the nastiness, Cubans have to live under, they are being rejected by a nation that should have already stepped up and supported the transition to freedom. But so far, the reaction from the White House is to lie about the root cause of why the protests are happening.

During a briefing, Psaki was addressed by a reporter demanding an explanation on where Biden stood on the issue. The world wants to know what the most powerful nation on the planet will do now that a minor communist power is seeking a democracy.

The changes that reporters want to know about are about how the country treats the communist country. Marco Rubio from Florida has already sent a letter to the president asking him to take a new direction and help the people. But given Biden’s past, he will play it safe and try to stay out of the issue altogether.

Psaki’s official response was, “Well, I will say first, and I meant to say this in response to Jonathan, but there’s every indication that yesterday’s protests were spontaneous expressions of people who were exhausted with the Cuban government’s economic mismanagement, and repression. And those, these are protests inspired by the harsh reality of everyday life in Cuba, not people in another country. I’m saying that because I think there have been a range of accusations out there, as you well know.”

Jen Psaki calls the uprising across Cuba “spontaneous expressions” against the “economic mismanagement” of the regime.

Psaki acts like it is the people’s fault for the conditions under which they are forced to live. Her statement is full of lies and words full of fake information. The harsh reality of the life she speaks about is directly related to the evil dictator and the rash actions against his people.

The White House even bought into the fake narrative that the protests were because of COVID-19. And Psaki tried to play the stupid card by claiming that they were still trying to access the situation. The truth is that Biden and his staff are not actively collecting intelligence but relying on the news for their information.

Psaki and Biden believe that when the protestors are yelling for their freedom, they want out from under-rising COVID-19 cases. The Democrats have abused the virus so much that it lies at the heart of every issue in the world.

Nothing the Cubans are facing right now is related to the tiny virus. The hardships and turmoil they are forced to live under are because they live in a communist society. There is no chance for any of them to live prosperously when everything they have is taken from them the moment they receive it.