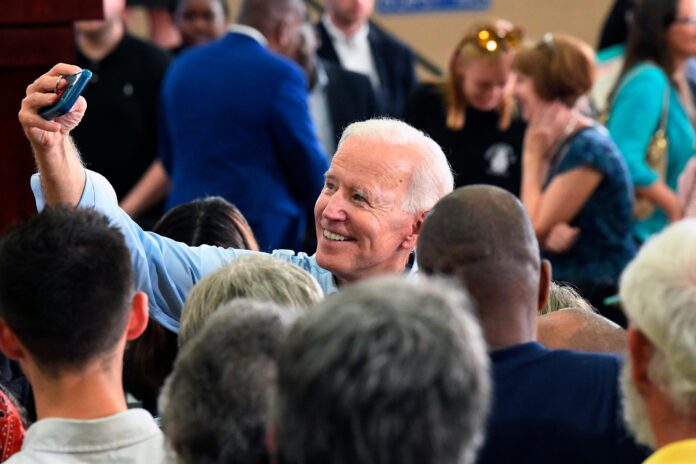 Anyone who has been monitoring the comings and goings of the Trump administration knew that he was not going to leave office without sending some parting shots. China has been in Trump’s crosshairs for a while now. The final shot that he sent to China should not fall on deaf ears. If they are smart, they are going to heed the warnings.

Sadly, this may be one of the few things that the outgoing administration agrees with the incoming administration about. Biden puts a brave face on things because he wants the liberals to think that he is tolerant. That does not mean that he is any less concerned about the issues that are clearly taking place. The New York Times has more about Trump’s final statement to the Chinese.

”I believe this genocide is ongoing, and that we are witnessing the systematic attempt to destroy Uighurs by the Chinese party-state,” Secretary of State Mike Pompeo said in a statement, adding that Chinese officials were “engaged in the forced assimilation and eventual erasure of a vulnerable ethnic and religious minority group.”

The determination of atrocities is a rare action on the part of the State Department, and could lead the United States to impose more sanctions against China under the new administration of President-elect Joseph R. Biden Jr., who said last year through a spokesman that the policies by Beijing amounted to “genocide.” Other nations or international institutions could follow suit in formally criticizing China over its treatment of its minority Muslims and taking punitive measures. The determination also prompts certain reviews within the State Department.

The finding is the harshest denunciation yet by any government against China’s policies in Xinjiang. Genocide is, according to international convention, “intent to destroy, in whole or in part, a national, ethnical, racial or religious group,” they reported.

The Xinjiang labor transfer has come under fire as well. It’s been discussed in the past but the gist is simple. Government officials come to your town and repeatedly ask if you want a job picking cotton. You can say no and you will be paid for the work but they are not going to stop asking until you have said yes.

Now, the Trump administration has decided that we are no longer going to import cotton or tomatoes from the region. Major companies, including Nike, are in the process of lobbying against a bill that is designed to remove all of the Chinese products that are made with forced labor from our marketplaces.

What is the Biden administration going to do to advance the moves that have already been made? That remains to be seen. Even liberal rags like the Washington Post believe that Biden needs to stay the course. Check it out:

“Consider China’s deliberate suppression of information about the coronavirus outbreak and its persecution of doctors and journalists who tried to warn the world. More recently, the CCP has tried to cast its response to the pandemic in a heroic light — even as Beijing inflicted economic punishment on Australia for having the temerity to propose an inquiry into the origins of the virus.

Externally, the Chinese military in the past year has bludgeoned Indian soldiers to death along the Himalayan frontier, rammed and sunk a Vietnamese fishing boat in the South China Sea, and menaced Taiwan with its aircraft and naval vessels. Internally, the CCP has raced to perfect its technologically enabled police state, extend its repression of Hong Kong’s beleaguered democratic movement and continue its campaign of cultural genocide against the Uighurs in Xinjiang.

The Biden administration should begin its China policy review by recognizing that the United States did not cause CCP aggression and that CCP aggression is not just a U.S. problem. The CCP is a threat to the free world: The choice for other nations is not between Washington and Beijing but between sovereignty and servitude,” reads their opinion piece.

Regardless of where you land on the political spectrum, one thing is for sure. China won’t stop unless it are forced to. The Biden administration cannot take their eyes off the prize over these next four years if they are going to minimize the threat for good.