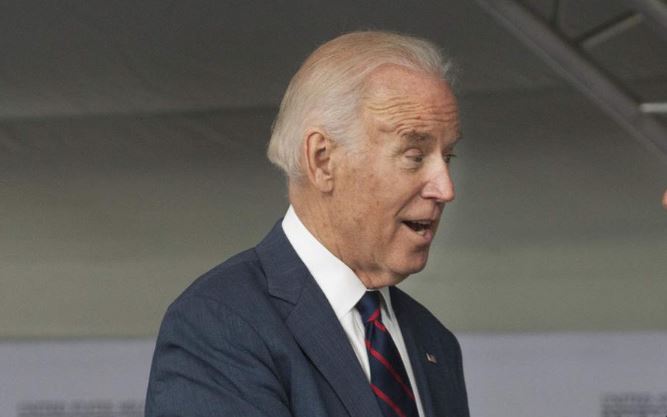 It is possible that the Left and Right agree?

Some of you who read that immediately shook your head.

Prepare yourself to be surprised. Because I’ll have you know that there are at least three things, if not more, that both the left and right agree on. But we’re going to list three of them here for you.

For one, let’s start with something we can all agree on: Washington D.C. is corrupt.

Both the left and right – and frankly, everyone in between – agree that Washington D.C. is a stinking swamp of corruption and insider dealing that puts special interests and lobbyists over taxpayers and the best interests of the American people.

What those “best interests” are defined as differs from left to right, with each side offering wildly different solutions for our national needs: the left wants the Green New Deal, while the right wants an America First jobs program.

But the essential diagnosis that Washington D.C. is a stinking rotten swamp of corruption that needs to be drained and reformed is shared by both the left and the right.

Lo! In an era of historic polarization, it appears we’ve found a point of agreement between the left and right. What else do they agree on?

Illegal immigration? Okay, not so much there. The left wants open borders, while the right wants to protect our borders.

The majority on the right are okay with immigration so long as it is legal immigration, though many would like to see reforms to the type of people we admit to become U.S. citizens: skills-based immigration (focusing on admitting doctors and engineers) versus floods of uneducated, low-skilled immigrants that don’t speak English and strain our social welfare system.

Meanwhile, the left dreams of a world without borders. Like many of the left’s half-baked ideas, I’m pretty sure they ripped this policy – if you can even call it a policy – from a John Lennon song:

“Imagine there’s no countries / It isn’t hard to do / Nothing to kill or die for / And no religion too / Imagine all the people living life in peace, you / You may say I’m a dreamer / But I’m not the only one / I hope someday you’ll join us / And the world will be as one,” sang Lennon in “Imagine” (1971).

Yep, no borders, no religion, and no wars, too. That pretty much sums up the left’s ridiculous idea of the world. But wait a second, we’re trying to find where the Left and Right ACTUALLY AGREE on issues. See how easy it is to lapse into finding differences between us?

Okay, both the left and right agree that Washington D.C. is a corrupt swamp that we need to drain. They just have disagreements on what to do after we drain it.

One down! More to go! Just the fact that we actually found something the right and left agree on is cause for a ticker-tape parade – complete with a patriotic marching band for the right and a drum circle for the liberals. Heck, get crazy, we might even let the lefties burn a flag or two.

This is exciting, what else do the left and right agree on?

But seriously, there has to be more than one issue – D.C. corruption – that we all agree on.

In fact, another issue the left and right agree on is that both are against endless wars abroad. Both sides agree that politicians in Washington have spilled too much American blood and treasure fighting wars in foreign lands for too long.

There’s national security, then there’s imperial overreach and mission creep. Both the left and right would like to save American lives and see all of that money we have spent fighting wars invested in America, nation-building at home, and helping to create jobs.

Again, we agree about the basic problem, it’s the solutions that we disagree on. We all want a safe world and a prosperous America, the question is how we get there.

That’s now two things – two! – that the left and right agree on. Keep ’em coming! Before you know it our little parade will see the left marching in the band and the right joining the drum circle.

The third area of agreement between the right and the left is that America needs to rebuild our infrastructure. The United States’ roads, bridges, tunnels, seaports, airports, and other transportation infrastructure are in dire need of renovations and upgrades.

The last nationwide infrastructure program was during the Eisenhower Administration, which built the national interstate highway system. For all the talk about the evils of Big Government, President Eisenhower (a Republican) marshaled the power of government to build critical infrastructure to help move our country forward.

The left and right will disagree on the critical details of how we execute a nationwide infrastructure initiative, with the left championing a government-led program and the right wanting the private sector to take the lead. But we all agree that American needs to rebuild.

Of course, there’s plenty we don’t agree on – defunding the police, building the wall, socialized medicine, abortion, to name a few big ones – but in a time when everyone is at each other’s throats, it’s good to remember that we’re not so different after all.

Right? Maybe? A little bit? Not all lefties are transsexual Satan-worshipping space aliens. Come on, work with me here!

As President Lincoln said, “A house divided will fall.” America has enough enemies in the world beyond our borders. We must fight for our values, but we must also find a place in our hearts to love our neighbors. To keep America strong we must strengthen America at home.