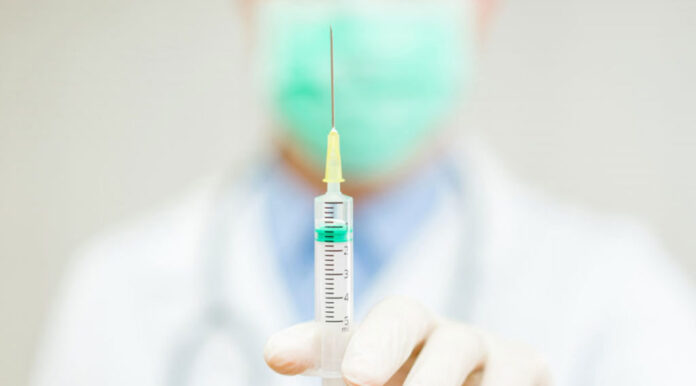 Wait your turn. Stay in your lane. This is all sage advice – yet it’s constantly being directed to the Governor of New York, Andrew Cuomo. Shouldn’t a governor with 10 years of experience running the state know how things work by now?

Well, he does know how they work. However, he is showing his mob roots by trying to grease palms and cut the line.

The United States has a deal with the pharmaceutical companies to buy the vaccines and get them distributed. Why? It ensures that all of the states get fair and equal access to the vaccines. Otherwise, more would go to one state – and that’s not fair.

New Yorkers, apparently, get a special pass. Cuomo has asked the CEO of Pfizer to sell directly to New York. Forget about the rest of the country, let’s just make sure that New York is taken care of.

The audacity to even ask such a thing shows just how selfish Cuomo is. He only cares about his state. To hell with the rest of the country. If they’re not New Yorkers, he doesn’t care if they go without.

Cuomo tries to justify his actions in a pathetic effort on Twitter.

We have asked @Pfizer if we can work out a way to purchase vaccine doses directly.

We will look at every opportunity to speed up the vaccination process.#VaccinateNY pic.twitter.com/lfB6SIr6bO

New York has already given out 80% of its vaccines. They need more! Well, so does everyone else, buddy. Wait your turn like a good little governor. Your boy Biden is in office now, so maybe he’d be willing to help you out with a special rush order.

It’s great that Cuomo is getting the vaccines out to people. However, he may have been a bit too enthusiastic. If he’s given out 80% of the vaccines, there’s likely the possibility that many who have gotten their first shot won’t have access to a second shot. It’s why it’s been suggested to maintain a reserve of vaccines.

The Democrats aren’t big on common sense, though. Why not just give out all the vaccines and, then, bribe your way toward getting more before anyone else. That seems to make the most sense, right?

No one can jump the line and get more vaccines without approval from the Department of Health and Human Services. The reason is because of the agreement that Pfizer has and the emergency use authorization granted to the pharmaceutical company by the FDA.

Meanwhile, Cuomo has penned a letter to Alex Azar, the HHS secretary to demand an explanation on the “false claim” that reserve vaccine doses would be shipped out.

I’m demanding @HHSGov Secretary Alex Azar explain his false claim that reserve vaccine doses would be shipped to states—when in fact the fed gov had ALREADY distributed all of those doses and will not be increasing the supply. pic.twitter.com/71uIx2FOq6

The reality, though, is that the reserves were already distributed. Why? Well, that’s what Biden wanted, so the HHS gave him an early inauguration present and distributed the reserves.

It’s not like Pfizer and the U.S. government have forgotten about New York. Cuomo will still be receiving doses every week. Pfizer identified that there will be 250,000 doses headed to the state. It is a bit less than the week before, though.

Cuomo might need to slow down on distribution to ensure that people get not only the first shot but the second shot. After all, with the Pfizer vaccine, it isn’t fully effective until after the second shot is received.

Both the Trump and Biden administrations have agreed that it’s critical to speed up vaccination efforts. Guidance has shifted to make more people eligible to receive the vaccine.

However, it seems as though only Cuomo seems to be struggling – so much so that he’s willing to make back door deals to get in front of the rest of the country. Just because everyone’s eligible doesn’t mean you give it to them. Sorry, Cuomo. Some people will have to wait. It’s not what you want to hear, but people in other states have to wait, too.

The problem is really about Pfizer and HHS making Cuomo look bad. According to his book published last year, he already handled the American crisis. Well, no, he didn’t. It’s still going on but enjoy being a New York Times bestseller for your lies.