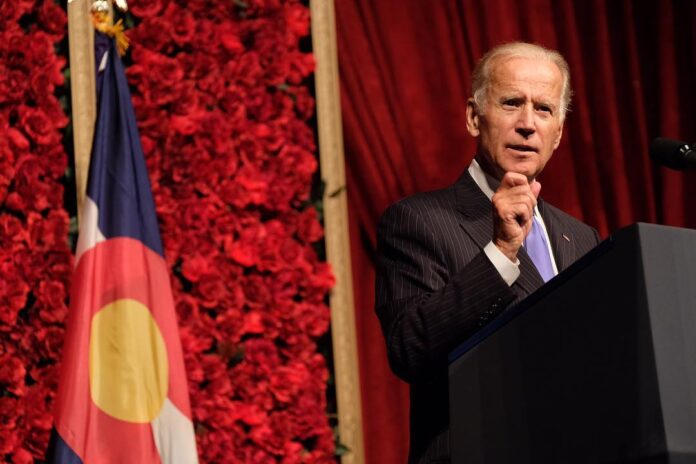 If the political left is to be believed, Joe Biden and his staff will put forward legislation on day one to undo nearly everything President Donald Trump has worked to achieve over the last four years.

And while I’m sure much of Biden’s team would like to do nothing more than precisely that, the reality is that making massive changes is not so easily done in the White House, especially when it comes to issues like immigration.

To say there is a lot of red tape involved is pretty much the understatement of all time.

Now, that’s not to say that they won’t try.

As The Washington Post reported on Monday, Team Biden has, in fact, already been thinking of massive immigration changes to push forward and as soon as physically possible. According to the news outlet, one major piece of legislation, if passed, would allow for roughly 11 million illegal immigrants to be granted amnesty or legal citizenship in the United States.

Now, before you die-hard patriots start freaking out over the ramifications this could have on our society, there are a few things I should point out.

The first is that this newly given citizenship will not happen immediately. Just as citizenship is not provided in a short amount of time now, Biden’s supposed plan won’t be rapid either.

It is noted that the complete pathway to citizenship for these illegal will take about eight years. The report says that anyone illegally in America on or before January 1 will qualify to be given a temporary legal status for the next five years and a green card.

However, the latter will only be granted if they pass all mandated requirements. These include things like paying taxes and passing a thorough background check.

But what about children? After all, if the left is to be believed, Trump has been keeping children in cages for years. (FYI: Pictures purported through the internet of immigrant children in cages were found to have been taken while Obama was president. And data from Pew Research Center confirms the peak of deportations in US history was also under Obama.)

Well, for those who came to America as a child, whether they are or aren’t children now, they can apply for a green card now, having the five-year waiting period waived. “Migrants from disaster-ravaged nations” would also qualify to do this.

Still freaking out? Well, you have every right to be. I know I am.

Essentially, we have 11 million illegal immigrants in the United States who will soon be given all the benefits of being an American citizen without having gone through the proper channels. There is a reason we have laws about illegal and legal immigration.

Legal immigration is great. It adds diversity to our numbers; it allows our nation to grow and learn from others’ mistakes. I mean, after all, our country was founded by immigrants.

But that doesn’t mean that just because you are an immigrant, you can come in and assume the title of being an American, getting benefits like government-paid healthcare, without going through our legal system.

If you want to be an American, you have to prove that you can follow our laws, and these people, on day one, chose to violate them.

We shouldn’t be encouraging or rewarding bad behavior. And yet, that’s precisely what Biden seems to want to do.

Sure, sure, there will be a vetting process of sorts, as well there should be. And it isn’t like these people will be given all access to America’s benefits right off the bat.

But it only encourages people to break our laws and assume they can come here on a free ride.

In fact, in anticipation of Biden taking over the White House and putting efforts like this forward, swarms of migrants are on their way here as we speak. Numerous outlets have reported caravan after caravan of people from nations like Honduras, Guatemala, and others racing to the border to be given promised amnesty by Biden.

We can only hope that Congress will be wise in their deliberation on issues like this, not voting just for party agendas but what is best for our nation’s current citizens.