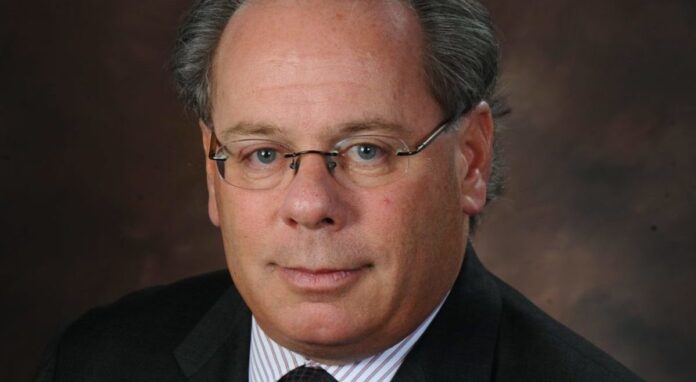 When you don’t trust the military, you have bigger problems. When you suspect that the entire U.S. military is against the new president, perhaps that president isn’t the beloved man that you think that he is.

Representative Steven Cohen, a Democrat from Tennessee, is the epitome of what’s wrong with the Democratic Party. While Biden is screaming for unity, Cohen is floating conspiracy theories that the National Guard troops that were deployed to DC to oversee the inauguration of Biden posed a threat.

.@RepCohen on his concerns w/ the National Guard securing the Inauguration: “The [National] Guard is 90 some-odd percent male; and only about 20 percent of white males voted for Biden … there are probably not more than 25% of the people there protecting us that voted for Biden” pic.twitter.com/ofQfLuCw8I

Let’s be very clear about the oath that every member of the military takes. The oath of enlistment requires troops (including the National Guard) to swear that they will support and defend the Constitution and the state they are in against all enemies – domestic and foreign. They will “bear true faith and allegiance” and obey the orders of the President of the United States.

This means that the military is very well aware of what their obligations are. First, they took orders from Trump. Now, they’ll take orders from Biden. Political affiliation has nothing to do with the job that military personnel will perform.

The Democratic Party will need to tread very carefully about making such accusations. If they don’t believe that the National Guard is capable of keeping the peace, who will keep the peace for them? Perhaps they plan on letting Pelosi wheel down a manned machine gun on the Capitol grounds. She’ll shoot first and ask questions later.

It doesn’t matter whether you’re a Democrat or a Republican. You can join the military. You take the oath. You serve your country.

If Democrats like Steve Cohen want to question where allegiance lies, they’re going to set a dangerous precedent. If they try to make it a political thing in the military where they only want to allow those who have voted Democrat, they’ll find that they’re going to lose a significant amount of their armed forces – and that would leave the country immeasurably vulnerable to attacks from foreign nations.

Veterans have already been ripping into Cohen for his comments.

As many have pointed out, those in the National Guard work full-time jobs. They serve the National Guard on the weekends and when they are ordered to do so. As such, many had to leave their jobs and their families in order to deploy to Washington DC. They did so because of their allegiance to the country.

To question whether they were a security risk to Joe Biden on Inauguration Day was a grave insult – and one that many in the military don’t take lightly.

Cohen suggested that he thought that those charged with protecting Biden “might want to do something.” Do what? What would the National Guard actually do to Biden, knowing that their careers were on the line?

Cohen has to be careful. There are Trump supporters everywhere. After all, close to half the country voted for him over Biden. Just because someone supported Trump doesn’t mean that they’re a zealot, an anarchist, and have a violent streak.

The FBI vetted the National Guard service members with protecting the Capitol. With 25,000 troops deployed, there was the very real possibility that at least half of those had voted for Trump – thus in jeopardy of being identified as a “Trump supporter.”

The country needs to heal. We need unity. Yet, Cohen is over here exploiting reports from intelligence supports to create even more division.

Taking swings at the military that are giving up everything and risking their lives to protect the Capitol and the president-elect (now president) Joe Biden is a tasteless move. It’s a dumb move. And if Cohen and anyone else wants to continuously go after the military, they’ll find that enlistment numbers are even lower than they are now.

The military will protect because it is their job, regardless of who is in office. To say differently only divides the country and prevents military members from feeling appreciated for the sacrifices they make on a daily basis.