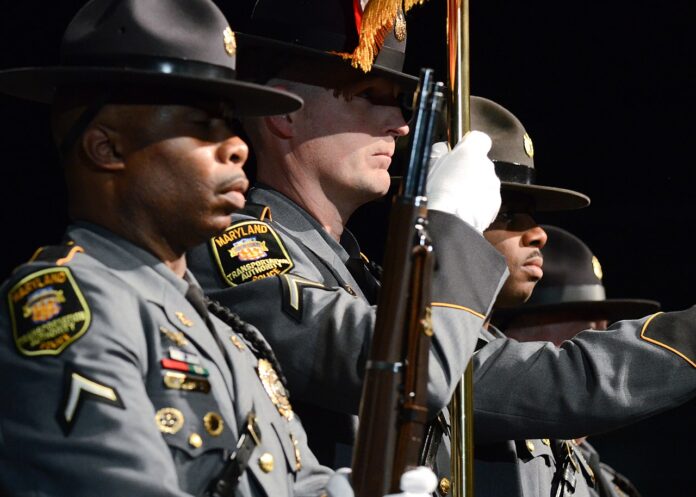 While the Democrats are in power, the ignorant will play. The push to defund and destroy the police forces around the country has risen to new heights as many civil rights groups have selfishly drafted a letter and sent it to lawmakers demanding that they punish police officers for doing their job.

The Republicans have been watching over the Democrats and their attempts to destroy the police force. The goal of both political groups is to reach an agreement on police reform. But the efforts are being hurt by the selfish desires of wacky civil rights groups demanding nothing less than the dismantlement of the force.

One report stated that the bipartisan effort “reached an agreement on a framework addressing the major issues for bipartisan police reform.” The problem is that the activists do not want the Democrats and the Republicans working together. They want things their way, or they are going to get violent.

The area that is hotly contested is what is considered to be qualified immunity. Cornell Law School defined such a term as a way that “protects a government official from lawsuits alleging that the official violated a plaintiff‘s rights, only allowing suits where officials violated a ‘clearly established’ statutory or constitutional right.”

The Democrats had already removed qualified immunity for law enforcement officers shortly after the George Floyd spectacle. The vote to pass such a hurtful response towards law enforcement had no support from Republicans.

Qualified immunity is back on the talking table, and that is what has members of the ACLU and other nasty organizations all up in arms. They do not want the police to have any protection. They want to attack the peace officers and watch them burn as criminals learn how to use it to their advantage.

The letter stated that “We write to express our serious concerns, however, about the state of negotiations on qualified immunity and empowering victims of police misconduct to hold law enforcement officers and agencies accountable through civil lawsuits.”

They are crying about the fact that immunity still exists. They want to target police officers for doing their job. And they want the issue dead on arrival so they can get away with trashing the police force.

The sick part about the letter is that they base it off on what they have heard on liberal media sources. They noted that a group of law enforcement agencies is standing in their way of getting what they want. They said, “recent media reports indicate that the negotiations over the George Floyd Justice in Policing Act have been obstructed by a small number of law enforcement groups that are using it as an opportunity to advance proposals that would continue to insulate officers from accountability when they violate the law.”

They are so worried that they will not sue or pursue legal action against every officer in America that they are making a huge fuss over something that is still being drafted. And the sad part is that they get their information from sources full of lies and biased information.

The civil group sees any bipartisan work as steps backward in their push to set up a criminal utopia. These people see law enforcement officers as the bad guys. They see one lousy experience as expected for all the millions of police encounters that happen every day. Constitutional rights have nothing to do with what they are fighting for.

The people committing the crimes want to do whatever they want and get away with it. They hate authority and have learned that some unfortunate group will come along if they cry loud enough and help them rip off people and get away with violent crimes.

The liberal-run Congress is determined to make an example out of all law enforcement officers. The one cop that overstepped his duty is the example that they think all cops are like. And that could not be further from the truth. Police officers are peacekeepers that put themselves in harm’s way so people can live safe and secure lives. They should be praised and not attacked by the people they are sworn to protect.