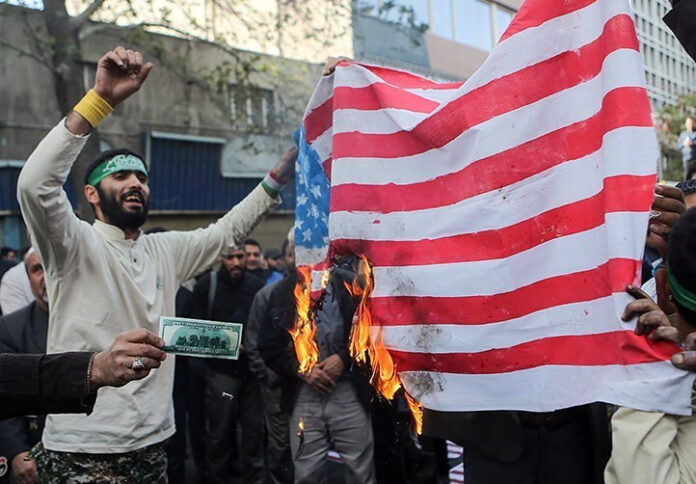 The terrorist group Black Lives Matter is once again attacking people and the American way of life. They hate the idea that people that love America fly their flags in their private homes. They have taken to the media to voice their disgust about people that show their patriotism.

The BLM chapter in Utah is actively condemning people that love the American flag. They publically call the flag “a symbol of hatred.”

At last check, America is the one country in the world where people of all cultural backgrounds could come and make a better life for themselves. The problem with the selfish BLM crowd is that they do not want to work for what they want in life. They would instead attack others and take what they have worked hard for.

BLM is a group of bullies. They parade themselves as a group that cares about social change and saving the lives of people. But every time they open their mouth, people get hurt, and a few have died by their supporters’ hands.

They call flag fliers racist, and they taunt them looking for a fight. In the post that they attacked people with, they responded by stating, “You will not be heard here. You will be blocked and your comments will be deleted. We will be donating $1 to AOC’s election campaign for every racist that we block. Thank you for contributing to the re-election of AOC. We will jot down your names and attribute each donation to you. Comment below to help her once again head to Washington.”

They have thrown their support behind Alexandria Ocasio-Cortez, who has also made it clear that she hates Americans as well. But now that her masters support her, she is riding high on the pony express.

The Democratic Party refuses to cut ties with the group because they both have the same goals. The liberals have their hate groups, and the corrupt masters in politics control their moves. They used them to create trouble and disturb the peace during intense extremes or when they need to hide a damaging agenda.

BLM believes that American soil belongs to them. They wrote in hatred that they would never leave the country because their ancestors built it up. They called white ancestors lazy and worthless. But the problem with their belief is that they are not the first ones ever to set foot on American soil. And the founding of the country was by people of all nationalities. Not just the righteous few they claim are demons.

BLM is not the first hateful group to tread the path of flag trashing. Maxine Waters and old Cori Bush attacked white people enslaved black people, and no one was ever going to give a second thought. Except America was formed and shaped by people of all color and backgrounds.

Joe Biden and the Democratic Party want to divide America every chance that they can get. They tell people that certain holidays are for white people, and there are those for black people. But in America, the holidays are for everyone. They have the choice to celebrate them or not.

The claims that BLM and liberal politicians make are nothing but nonsense. Some people groups had the land before another, so it has been for all human history. America was founded and fought for by people of all backgrounds that wanted to create a place where people could be free. The Civil War was fought and won so slaves could be free. And it was people of all color that fought for that freedom much like it is done today.