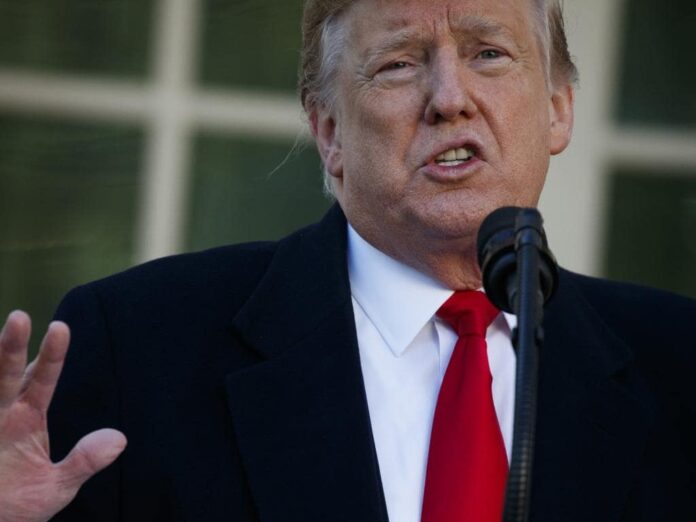 The New York Times has taken a closer look at the incoming presidential administration and they have come to one important conclusion. Biden’s goal is a very simple one. He wants America to return to the pre-COVID economy, the one that was already established by the orange man that the Times hates. If you don’t believe us, take their word for it.

“As President-elect Joseph R. Biden, Jr. prepares to take office this week, his administration and the Federal Reserve are pointed toward a singular economic goal: Get the job market back to where it was before the pandemic hit.

The humming labor backdrop that existed 11 months ago — with 3.5 percent unemployment, stable or rising workforce participation, and steadily climbing wages — turned out to be a recipe for lifting all boats, creating economic opportunities for long-disenfranchised groups, and lowering poverty rates. And price gains remained manageable and even a touch on the low side. That contrasts with efforts to push the labor market’s limits in the 1960s, which are widely blamed for laying the groundwork for runaway inflation…

“That’s really the thing that we’re most focused on — is getting back to a strong labor market quickly enough that people’s lives can get back to where they want to be,” Mr. Powell said. “We were in a good place in February of 2020, and we think we can get back there, I would say, much sooner than we had feared,” reads the report from the Times.

So how does Biden plan to make it happen? Let’s set aside the fact that no one would have been openly pining for the Trump economy in November and engage with the current reality. As you would have expected, the Biden plan is easy enough to understand. He’s just going to throw money at the problems we’re having right now and hope for the best.

“President-elect Joseph R. Biden Jr. on Thursday proposed a $1.9 trillion rescue package to combat the economic downturn and the Covid-19 crisis, outlining the type of sweeping aid that Democrats have demanded for months and signaling the shift in the federal government’s pandemic response as Mr. Biden prepares to take office,” says The Times.

Between this bill and the last one, nearly $3 trillion has been spent to kick start the economy. We have yet to see the desired results, so what does Biden have planned otherwise? It’s an open question at this point. CNN Business believes that he has done all he can do. After all, it’s not like he has a magic wand (their words, not ours)! See for yourself:

But many economists and business leaders agree that no amount of government assistance to individuals and small businesses can fix the economy until the underlying cause of the problems — the Covid-19 pandemic — has been defeated. At best, the combination of the $900 billion plan passed in December, and this plan from the president-elect, can only help the economy to continue to tread water until the pandemic is under control.

“This is a very large package, but it’s about helping the economy hang together as well as it can hang together until the end of the pandemic,” said Mark Zandi, chief economist at Moody’s Analytics…

“We get a lot of growth in GDP upfront, but it’ll take 18-24 months to get all those jobs back,” said Zandi. “A lot of people just can’t go back to work until the pandemic is in the rearview mirror,” says CNN Business.

The virus is the real problem and until that has been brought to heel, we are going to be talking in circles. Summertime seems to be the new season the powers that be are shooting for when it comes to normalcy. No matter what happens, we are in for a long recovery period while the economy is on the mend.