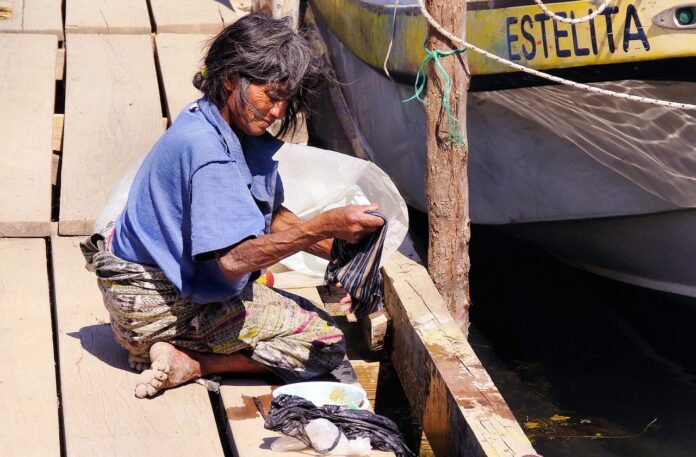 The Guatemalans were lining up before Biden was inaugurated. Now that he’s in office, the line to enter the United States is only getting longer. Illegal immigrants may get the sweetheart deal of a lifetime by being allowed to stay in the U.S. legally.

No immigration requirements? A free ticket to the best country in the world? Who wouldn’t line up in caravans of hundreds of miles long to get in?

The Democrats want to pretend as though America isn’t the greatest country – that it has a significant amount of work and healing to do. If that were the case, though, there wouldn’t be such a constant demand from our neighbors from the south to get in.

The migrants are coming from everywhere – Guatemala is certainly a contributor, but they’re also coming from Central America. And thousands of migrants have already been clashing with the Guatemalan authorities as they continue their trek toward the southern border.

Not everyone on the path to the U.S. will make it. They have to make it through both Guatemala and Mexico, first. No one has open borders. It can’t be a free for all – and yet, people are trying to get through anyway.

It’s what has led to some horrific scenes. Over the past weekend, close to 10,000 migrants entered Guatemala from Central America. Soldiers beat them back with sticks to hold them off. It even led to the deployment of tear gas to drive people back.

These migrants already have demands for the Biden administration.

Read that again. Migrants who are not even a part of the United States are demanding things from Joe Biden.

They expect to be welcomed with open arms into the U.S. because of things Biden said during his campaign trail. They believe that migrants will be granted full residency in the U.S. and that asylum seekers will have their applications processed immediately.

Whoa, there. Biden and Harris may have some crazy thoughts on immigration, but we can’t just undo everything that Trump has done to keep the southern border under control.

Biden has been vocal about ending the Migrant Protection Protocols where migrants stay in Mexico until hearings are available. Further, he’s promised a pathway to citizenship for all of those who are illegally in the country already.

So, the migrant caravans demand that the Biden administration honor all of those commitments. In the meantime, they’ll accept their beatings and being blasted by tear gas in the hopes that Biden welcomes them with open arms and helps them to become American citizens.

One migrants’ rights group, Pueblo Sin Fronteras, issued a statement on behalf of the caravan that is trudging forward, saying “ We will advocate that the Biden government honors its commitments.”

Wait a second, though. Migrants trying to enter the country don’t have any right to make demands or to advocate that Biden does or doesn’t honor its commitments.

Biden cannot just pencil whip any executive action that he wants to into fruition. There is a House and Senate that have to offer balance. And, there are plenty of moderate Democrats who don’t want to see open borders and an end to the asylum cooperative agreements that are in place.

Messages have to be sent loud and clear to the migrants that the Biden administration doesn’t mean that it’s an invite to any and all who want to become Americans. There’s a process.

The new administration better start talking, and fast, as the migrants are still headed to the U.S., complete with demands.