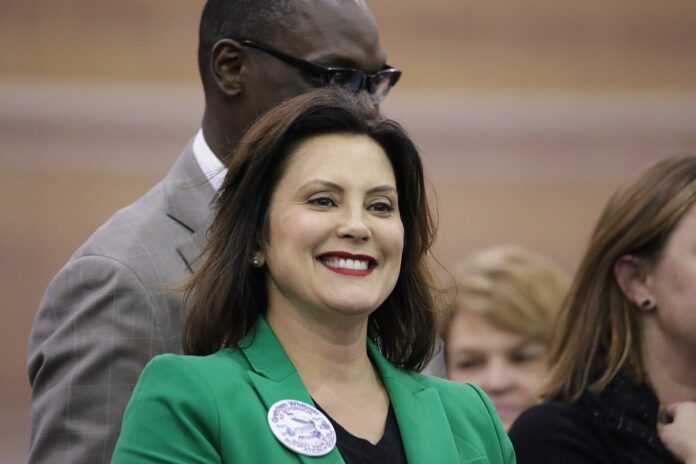 It shouldn’t shock anyone to hear that liberal and oppressive Michigan governor Gretchen Whitmer has made her fair share of enemies over the past year or so. I mean, she practically stands alone at the top of the list of the most tyrannical leaders in the US right now, right up there with California’s Gavin Newsom and NYC’s Bill de Blasio.

And, as a result, the number of those rooting against her rule only grows.

Chief among those is longtime and former Detroit Chief of Police James Craig, who just retired earlier in June.

As a tough-on-crime and small government kind of guy, Craig has had a number of problems with Whitmer’s leadership over the last couple of years, beginning, of course, with her apparent penchant for abusing the power she was graciously given.

As you have likely heard, Whitmer’s name became a near-immediate household one nationwide in 2020 when fears of the coronavirus pandemic began to spread in earnest. While most states were issuing mask mandates and implementing social distancing, Whitmer took things as far as banning the sale of paint in hardware stores, seeds in garden shops, and traveling to and from vacation homes in her state.

Meanwhile, she was allowed to eat out when she wanted, travel to Florida on vacation, and her husband was allowed to take the family boat out for Memorial Day weekend.

As Craig says, she’s been acting as if she’s running a monarchy. And he’s not going to let it fly.

In fact, he gave her a direct message about this past weekend during a speech celebrating the 157th anniversary of the Republican Party in Jackson, Michigan.

According to Fox News, he said, “Please listen to me, Gov. Whitmer: America isn’t a monarchy. We aren’t ruled by kings and queens; we ended that back in 1776.”

As WLNS Newsroom points out, he continued, noting that in 2022 “we will be celebrating our independence from the rule of Governor Whitmer.”

Now, if you think that it sounds like Craig wants to take her place as governor in 2022, you might not be wrong. While he has not mentioned a run for her seat as of yet, many consider him to be the top choice for a GOP candidate in the state.

And his speech’s heavy criticism of the increasingly unpopular Whitmer only adds fuel to that fire, not to mention serves as a much-needed reminder for liberals like her assumed majesty that she is no better or more important than the rest of us. She may think the rules don’t apply to her and hers, but as history has made clear, elections don’t typically favor those who have so heavily oppressed those they are supposed to be carefully leading.

Craig is going to make sure she knows that.

You know, just like he didn’t let Michigan Representative Rashida Tlaib get away with calling police officers racist. Hell, he isn’t even afraid to praise the still much controversial Donald Trump in public.

As he began his GOP event speech, he made sure to include the former president in a list of Republican greats to grace the Oval Office.

He said, “Today, we celebrate the 157th anniversary of the founding of the Republican Party. The party of Abraham Lincoln, Theodore Roosevelt, Ronald Readon… and Donald Trump.”

Now, at a GOP event such as this, mentioning Trump’s name isn’t too out of the ordinary. However, should Craig decide to run against Whitmer in 2022, he has to know that this comment could be used against him at some point. After all, according to the liberal left, Trump is our nation’s worst enemy, and anyone who supports him is guilty of insurrection.

However, it seems time outside of the Detroit Police Department hasn’t slowed Craig’s anger towards bullies like Whitmer and her beloved party any. He’s clearly willing to take her on, if not at the polls, then at least by encouraging Michiganders to vote against her and her treacherous, rights trampling ways.

If anyone is up for the task, it’s clearly James Craig.