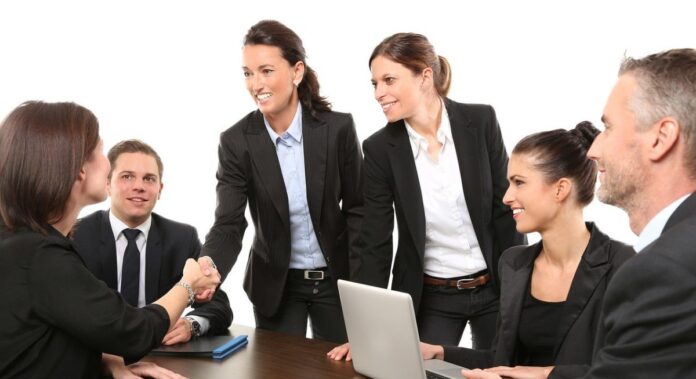 The Democrats want to make it sound like the United States is the only one struggling. Only we’re the ones that are so far behind when it comes to gender issues, systemic racism, and everything else.

Do we have our downfalls as a country? Absolutely. However, we’re not the only ones struggling.

In the European Union, there’s a significant pay gap between genders, and the trade unions are starting to take notice.

All throughout Europe, there are women doing the same jobs as men. The only difference is that they’re not getting paid as much. A study by the European Trade Union Confederation (ETUC) has confirmed what many have been suspecting for years.

Wages were compared from two countries – Germany in Western Europe and Romania in Eastern Europe. The organization looked at jobs that involved the level of skills, physical effort, and responsibility. For jobs requiring a similar skillset, women were earning approximately 685 Euros less a month than the men. In Romania, the wages are lower overall, but women were still down 244 Euros a month in comparison to their male counterparts.

The ETUC has called on executive commissions to come forward with pay transparency directives.

Issues like this shouldn’t be happening in 2021 in first-world countries. Haven’t we reached a point in history where men and women should be paid the same if they’re doing the same kind of work?

Well, yes. However, it’s not always easy to correct such things. It takes an effort to make changes.

Similar things could be said about what’s happening in the United States. We had an entire civil war less than 200 years ago as a way to eradicate racism. Yet, Democrats want to accuse that it is still going on.

We’re not perfect. But no one else is, either.

A spokesman for the EU commission has said that they’ll be coming forward with proposals in the coming months to show what can be done. Europe is showing how they’re dealing with the problem. Fair is fair. They’re going to work to pay women the same as men. Not more, just the same.

What we can’t seem to decide on in the U.S. is what “fair” means. The Republicans want to treat all races equally. However, the Democrats believe what is “fair” is to give Black people more all of a sudden. Wait, wasn’t this supposed to be about equality and fairness? How should they suddenly get more than anyone else?

It’s clear that issues are everywhere.

The United States is framed on the basis of a two-party system. It allows us to have a difference of opinion while still moving forward to fix the issues that we have going on.

We’re learning. We’re trying. We’re doing the best that we can.

Before the Democrats want to point out every flaw that the country has, we have to remember to have grace. Perfection is not something that we can ever achieve. Even if we could, it would only be perfect for only some Americans. Everyone has their own ideals and, therefore, we cannot achieve perfection for the entire country.

We’ve got it good here. And, with a bit of tolerance and patience, it may even be great.

We’ll have to see what the Biden-Harris administration brings, complete with a Democratic House and Senate. If we don’t like it, we have the power to change it. In 2022 is another round of elections for the House and Senate. We can vote differently. At least we can say that. Throughout Europe and other places, they don’t have the power to make changes like we do in the U.S. It’s better here – and it can be great.